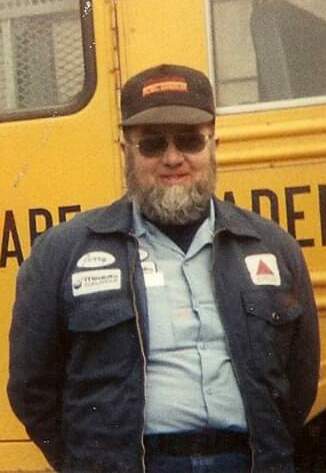 Gerald “Jerry” Maxwell was a loving brother, husband, and father. He never met anyone he didn’t ‘know’ and was a friend to everyone. He went to be with his parents on May 13, 2022, at the age of 85.

He was born to Walter and Mary (Reynolds) Maxwell on December 31, 1936. Jerry met his wife Joan Gould while they were roller skating in Walton NY. They got married on June 2, 1962, and had four children, Jeff (Brenda) of Walton, Joe of Hamden, John of Cobleskill, and Jackie of Evansville IN. He is predeceased by his Parents (Walter and Mary), Uncle Arthur Maxwell and is survived by his sister Janet E Maxwell of Delhi as well as many cousins.

He attended Delaware Academy until he started working full-time at Maxwell’s Gulf Station in 1954. Jerry would remain on the corner of Elm and Kingston until 1997 when he retired. Jerry also drove a school bus for Delaware Academy during this time and transported at least three generations of families to school making memories with many of the young students. After retiring from Delaware Academy, Jerry went on to drive for the Delaware County Office for the Aging, where he drove Indy I and II all over the state for another 11 years before retiring for the third and final time.

In the 1960’s Jerry also served in the New York National Guard where he achieved the rank of Sargent. Jerry volunteered with the Delhi Fire Department and enjoyed being a part of their band as well as volunteering with the Delhi Community Band in the summers, Jerry loved to play the base drum. He was also a past member of the Delhi Masonic Lodge and a 70-year member of First Presbyterian Church, Delhi.

In Lieu of flowers, please make donations to either the Delhi Fire Department or the Jerry Maxwell Automotive Scholarship at Delaware Academy.

To Watch a recording of Jerry's memorial service and military honors follow the link below.

Please visit www.macarthurfh.com to share a condolence with Jerry’s family.

Get Directions
Friday
20
May