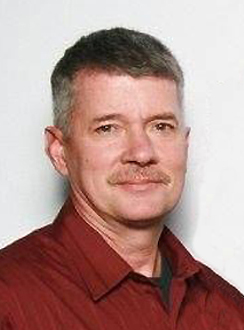 Steven T. Dandignac, 59, of Delhi, passed away at his home surrounded by his family on Monday evening, February 8, 2021 following a short battle with cancer.

After graduation from Delaware Academy, Steve proudly served in the US Air Force from 1980 until his honorable discharge in 1984.

Steve was a Heavy Equipment Operator for Delaware County DPW for over 33 years. He was considered an expert gradall operator by his coworkers. He faithfully plowed snow and made the roads safe in Delaware County until his recent retirement due to his battle with cancer.

Steve loved the outdoors, especially hunting, fishing, camping and feeding the wildlife. He was a gifted carpenter and woodworker. He built his home in Delhi, the family cabin in Barton, and several pieces of furniture. He was especially proud of the spindles he made for the Delhi Court House Square gazebo restoration project. Steve loved his family. He was the guy his family knew they could call and rely on to help when something needed to be built or fixed. Steve was always there to lend a hand.

Graveside services with military honors will be held at 11AM on Saturday, April 24, 2021 at Walnut Grove Cemetery, County Highway 54, Wampsville, NY.

Contributions in memory of Steve may be made to the Delhi Fire Department, 140 Delview Terrace Ext., Delhi or to the Heart of the Catskills Humane Society, PO Box 88, Delhi, NY 13753.

Please visit www.macarthurfh.com to share a condolence with the Dandignac family.