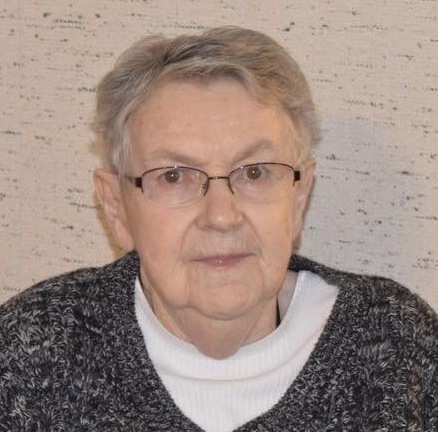 Maureen [Mary] Egan Smith, age 78, passed away on January 12, 2020 at the Hart Comfort House in Wellsville after a lengthy illness. Born on March 9, 1941 in Ireland, she was the daughter of Joseph and Anne McCann Egan. Maureen married Charles Smith on July 16, 1966 and moved to Bloomville, New York. Maureen was educated in Ireland and came to America in 1959. She lived with her Aunt and Uncle Celia and William Hyde in East Orange, NJ. She worked for Litton Industries in Orange, NJ., until July of 1966 and later for the Department of Social services in Delhi until the birth of her daughter in 1970. While raising her children, she took care of many children in her homes both in Delaware County and Allegany County. Maureen is still close to many of those children who are now adults. Maureen was a member of the Holy Family Catholic Church of Belmont where she was a member of the Alter and Rosary Society and had taught Church School. She was a Eucharistic Minister who took communion to many shut ins once a week and enjoyed visiting with the older members of the church. She was also a member of the Jones Memorial Hospital Auxiliary. Maureen is survived by her 4 children, Colleen [Jeff] Koprevich of Owego, Gene Smith of Rochester, Sean [Erin] Smith of Rochester and Len [Michele] Smith of Elmira; her 4 grandchildren, Kyle Koprevich, Connor, Anya and Brenna Smith; her sister, Birdie [Tom] Jordan of Claremorris, Ireland; 3 brothers, Noel [Maureen] Egan of Birmingham, England, Tony Egan of Castlerea, Ireland and Frank [Kitty] Egan of Louth, Ireland; her Aunt Celia Hyde of New Jersey; cousins Mary [Doug] Pfister of Livingston, NJ. And Kathy [Mike] Walsh of Glen Garden, NJ.; as well as several very special nieces, nephews and cousins here in America, Ireland and England. Maureen was predeceased by her husband Charles on September 11, 2018. Friends are invited to call on Wednesday , January 15, from 4 until 7 pm at the J.W. Embser Sons Funeral Home in Belmont, NY. A Mass of Christian Burial will be celebrated on Thursday at 11am in the Holy Family Catholic Church of Belmont. Friends are also invited to call on Monday, January 20, from 1 -3 pm at the MacArthur Funeral Home, 134 Main Street, Delhi. Memorial donations in Maureen's name to the Hart Comfort House at 141 East State Street, Wellsville, NY. 14895. Please visit www.macarthurfh.com to leave a condolence for the Smith Family.
Print
Monday
20
January