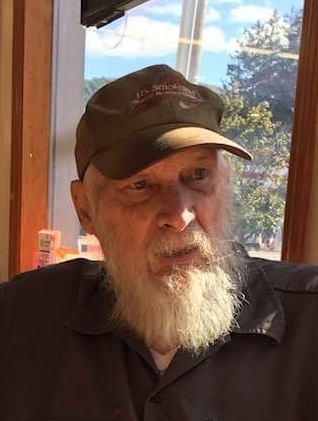 Jay was born to John Edmund Wright and Florence Eadie at the old Delhi Hospital on October, 15, 1942.

He graduated from Downsville Central School. Following High School Jay served in the US Army from 1964 to 1966 with time spent in Okinawa, Japan. When he completed his service, he returned home to Delancey, NY where he would marry Elsie Brown. They have been married for 55 years and had four sons that they raised in Andes, NY. Jay worked for NYSDOT for 23 years most of that time based out of the Delhi shop. He loved to hunt and do various outdoor activities including, riding snowmobile, target shooting, making maple syrup, raising beef and pigs, cutting logs and firewood, rebuilding old tractors, snowmobiles and equipment, lifelong member and contributor to the Terry Clove Community Hall and forever playing with all of his grandchildren and great-grandchildren.

Jay was predeceased by his parents and siblings, Jane, John, George, and Jim Wright.

Please visit www.macarthrufh.com to share a condolence with the Wright family.

Share Your Memory of
Jay
Upload Your Memory View All Memories
Be the first to upload a memory!
Share A Memory