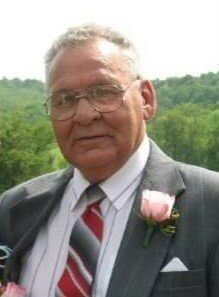 Richard was a dairy farmer for many years before being employed by the Town of Kortright Highway Department for over 30 years before retiring.

Family and friends are invited to call on the family from 12pm – 2pm on Sunday, January 8, 2023 at the MacArthur Funeral Home, Buntline Dr, Stamford, NY.  Please join us at the Hobart Fire Department afterwards to share some of your favorite memories of dad.  A light lunch and refreshments will be served from 2pm – 4pm.

A private graveside service for Richard and Shirley will be held in the spring at the Stamford Cemetery, Stamford, NY.

Please visit www.macarthurfh.com to share a condolence with the Loucks family.