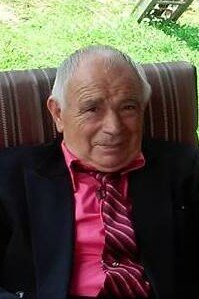 Guerrino Dianich, beloved husband, father, grandfather, and brother passed away with his wife and son by his side December 20, 2022, at the age of 87.

He was Born on January 28, 1936, in Valdarsa, Italy to Marcelo and Luiga Dianich.

In Italy Guerrino attended carpentry school, which eventually paved his way to success. After waiting for the passing of his Grandfather Giuseppe he traveled to the United States, pursuing the path of citizenship through Ellis Island at the age of 19.

Learning a new language and culture he worked in the trades until starting his own business, Bartlett Store Fronts in Brooklyn NY. During these early years in the big apple, he lived with his brothers Marcelo & Silvio in Manhattan.

He bought his first home in Jamaica, Queens and shortly after married his wife, Maria, of 51 years. On December 12, 1975, his first son Guerrino Jr. was born and tragically passed 12 days later on Christmas Eve. The following year their second son Michael Anthony was born healthy and happy.

After falling in love hunting in the Catskill mountains Guerrino purchased the adjoining farm to his brother SIlvio in Stamford. On the farm Guerrino’s days were filled with working, hunting, farming, and bickering with his brother Silvio.

Guerrino is survived by his wife Maria Magdelena of 51 years, his son Michael Anthony Dianich (Regina) and grandchildren Faith Raine, Michael Griffin ,& Troy James. He is also survived by his brother Marcello Dianich and sister Alma Arcese in Trieste, Italy.

Friends and relatives are invited to call on the family from 3-6PM on Wednesday December 28, 2022, at the MacArthur Funeral Home, 15 Buntline Drive, Stamford. A Mass will be celebrated at 1PM on Thursday, December 29, at the Sacred Heart Church, 27 Harper Street, Stamford.

In lieu of flowers please make donations to the Delhi Humane Society or donate a Mass in his memory at the Sacred Heart Church in Stamford.

Please visit www.macarthurfh.com to share a condolence with the Dianich family.