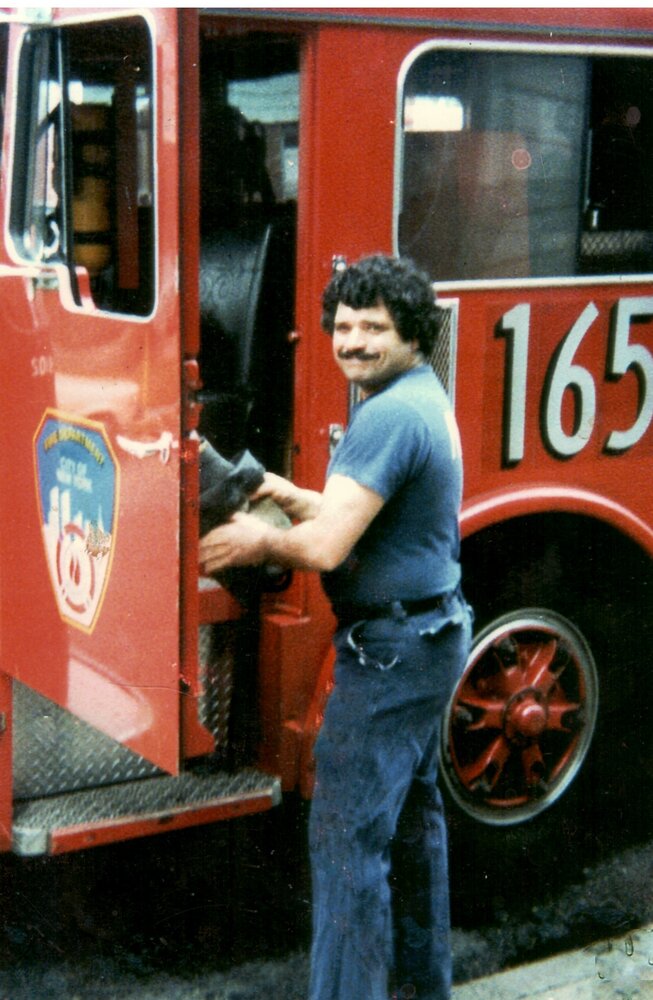 Bruno Frank Bracchy unexpectedly passed away on Monday December 19, 2022 at his home in the presence of his loving wife and children.

He is the son of stock car racing legend, Bruno “Brackey”, who was also known as “The Flying Mailman”. Bruno learned to turn wrenches and build racing engines during his father’s career and continued his love for auto racing through-out his adult life. Those experiences led him to an early career as a high performance mechanic for Baldwin Chevrolet. He was always willing to share his “motor-head knowledge” with all.

Bruno became a New York City Fireman in January of 1970. He started his career in Engine Company 283 in Brownsville, Brooklyn. He continued on to Engine Company 269 in Park Slope Brooklyn. He became the lead chauffeur for Ladder Company 165, also known as The St. Albans Sleepless Knights. He was known as the Ladder Company’s in house chef. In November of 1984, his career was cut short due to a life threatening injury in the line of duty.

Bruno married Michele Dale on May 15, 1971. They spent the next 52 years together raising their three children and enjoying their five grandchildren. He lived every day for his wife, children and grandchildren. He was his grandchildren’s biggest fan in everything that they did and could be found cheering them on whether it was at their sporting events or in the backyard. Bruno shared his love for cooking food and eating it with his entire family. He was a lover of the outdoors, who enjoyed hunting and fishing to gardening and caring for his property.

Bruno is survived by his wife, Michele and their three children and their families; Beau, Kimberly, Raegan, Bryce and Tanner Bracchy; Nicole Bracchy, Alan Warner and Tallulah Warner; and Rachel Bracchy, Rory Curneen and Dorian Brisbane. He is also survived by his two sisters and their families; Carolyn Ango and Richard Ango; Joanne and Scott Sarceno, Kerryn Sarceno Reilly and Kristina Sarceno Calcerrada; and his sister-in-law, Barbara King and her husband, John King.

Bruno was predeceased by his parents Bruno and Carolyn Bracchy; his brother in-law, Richard P. Ango, his grand-daughter, Dahlia Bea Warner and his sister-in-law, Donna Marrow.

Calling hours are being held for Bruno on Tuesday, December 27th, 2022 from 3pm-7pm at Hall and Peet Funeral Home in Delhi, New York. A celebration of life will be held this coming spring on a date and time to be announced.

Please visit www.hallandpeet.com to share a condolence with the Bracchy Family.

Share Your Memory of
Bruno
Upload Your Memory View All Memories
Be the first to upload a memory!
Share A Memory