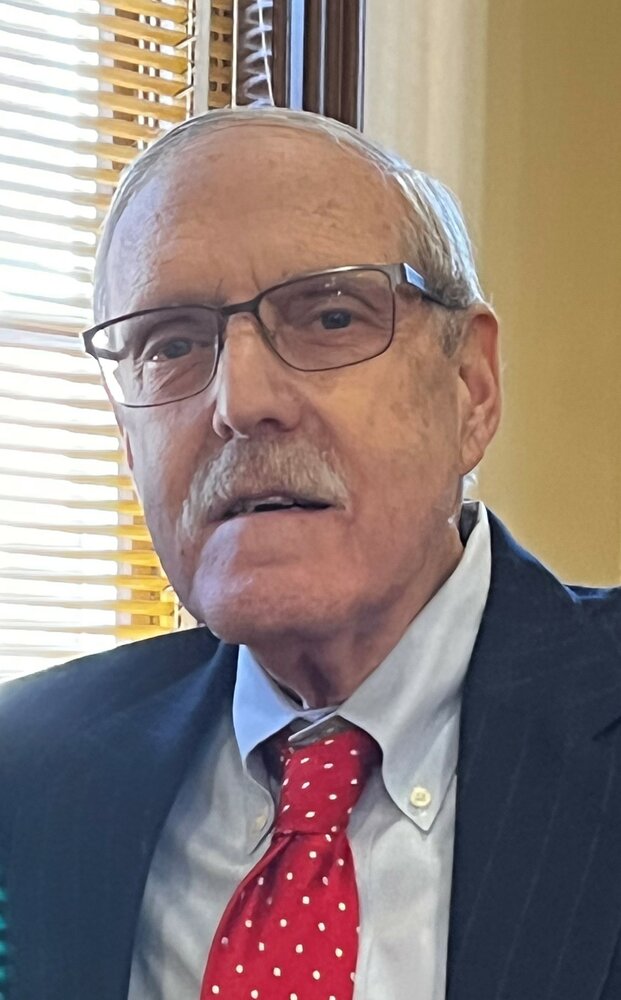 Born March 8, 1946 in New York, NY, James was the son of Morton and Miriam (Ginsberg) Hartmann.

James was thoroughly devoted to the practice of law for 48 years. In New York City, he worked as a trial attorney for the U.S. Department of Justice (Immigration and Naturalization Service) and then as a litigator at the firm of Frenkel & Hershkowitz. He moved upstate to Delhi in 1989 and opened his own practice, where he served the local community as a criminal and civil trial attorney and had the privilege of serving as a Special District Attorney on over 30 cases. He also had the honor and privilege of serving on the Attorney Grievance Committee for the Third Judicial Department.

James’ commitment to the rule of law was absolute and apparent to anyone who knew him. Each day when getting dressed for work, he would thoughtfully place a copy of the U.S. Constitution in his suit jacket pocket. He was always honest and direct with clients, other attorneys, judges, and anyone who sought his counsel or guidance – even when such honesty ran counter to his interests. He believed when properly practiced and applied, our legal system was a powerful tool to protect and give agency to all people, especially the most disadvantaged and marginalized. His proudest achievements as an attorney came from helping those most in need, including hard-working immigrants facing deportation, people facing unjust or erroneous prosecution, and children involved in difficult and emotionally charged family court proceedings. He valued hard-work and honesty amongst his peers and sought to hold his fellow attorneys to the highest standards with both his actions and voice, and to in turn improve the public perception of his profession.

Deeper than James’ devotion to the law and to his clients was his devotion to his family. He met his wife, Nancy Deming, while working as her adversary on a matrimonial case in New York City in 1987. They were married in 1988 and had one son together, Geoffrey, born in 1992. James was a kind, generous, attentive husband and father. He never missed an event for Nancy or Geoff and enthusiastically espoused his love for them and pride in their accomplishments and character to anyone who would listen. He was delighted to get to know and spend time with his daughter-in-law, Wendi, and grandson, October, who brought him immeasurable joy in his last year and a half of life.

Please visit www.hallandpeet.com to share a condolence with the Hartmann family.