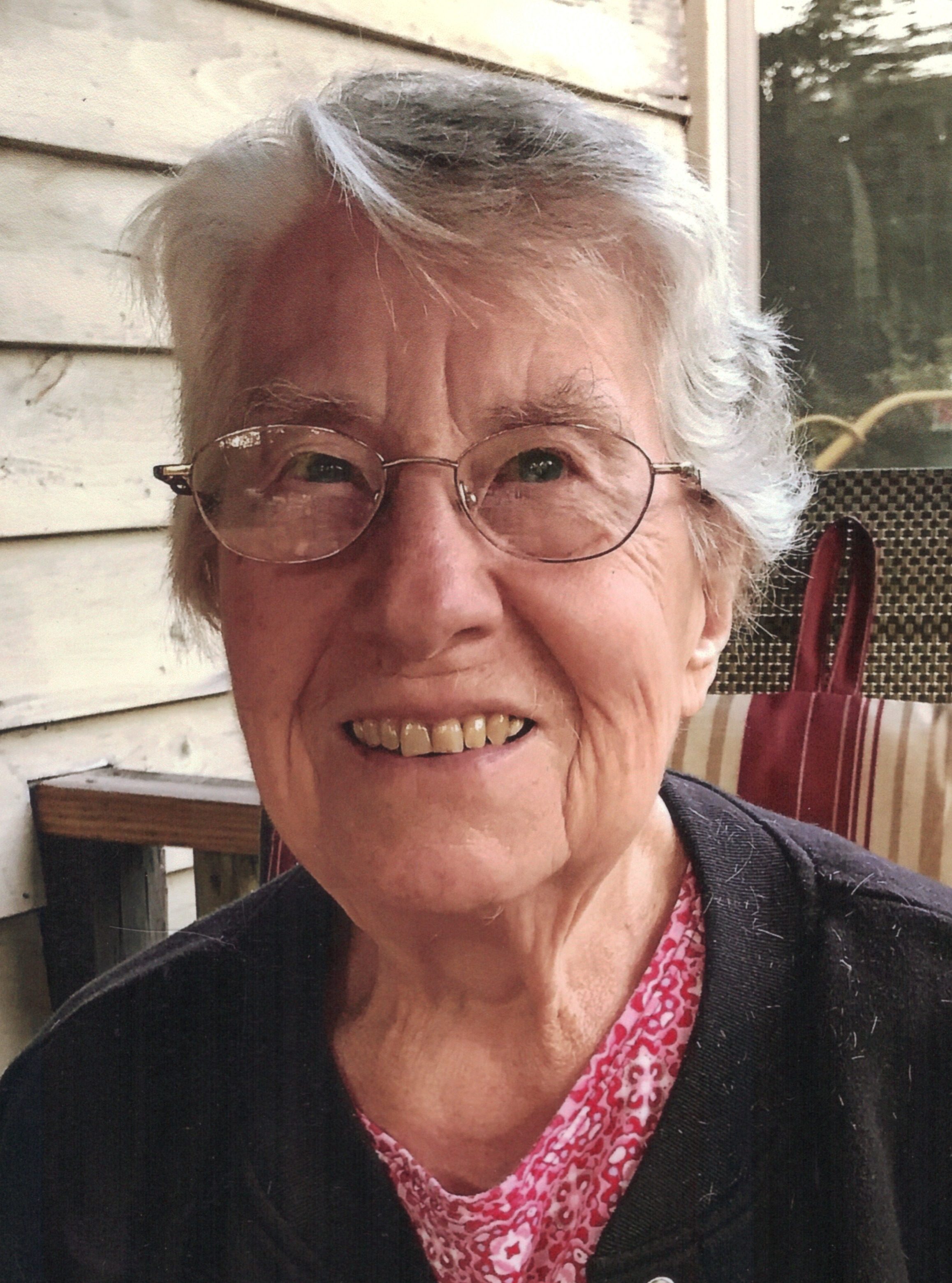 Gwendolyn Griffith Pugh, 92, of Delhi, NY, formerly of Whitesboro, NY, passed away peacefully on Monday,  November 28, 2022 at her home, surrounded by her loving family.

Born August 16, 1930, in her maternal grandmother’s house in Boonville, NY, she was the daughter of the late Arthur R. and Doris Seymour Griffith.

Gwendolyn was a 1947 Graduate of Boonville Central School and went on to graduate from Union University School of Nursing of Albany with a Registered Nursing Degree in 1950.

She worked in many different nursing capacities at various facilities, including Jackson Memorial Hospital, Miami FL, Ellis Hospital, Schenectady NY, the Old St Luke’s Hospital, New Hartford NY, and private practice offices until her daughter Kathleen was born. She returned to nursing at the Presbyterian Home in New Hartford in 1977 as Assistant Night Supervisor, until her retirement in 1996, to care for her husband.

Mrs. Pugh met her beloved husband, Hughie F. Pugh, after moving to Whitesboro from Schenectady. The couple was married on Sept 19, 1959 and enjoyed a loving relationship until Hughie’s passing on their 39th anniversary in 1998.

Throughout the years the couple enjoyed their annual vacations to Chautauqua Institution in Chautauqua, NY with family and friends.

She was a member of Whitesboro Baptist Church for 56 years until the church closed in 2010, where she was in the choir, on the Deaconate Board, was a Superintendent of Sunday School, was on multiple Search Committees, and helped organize many special events.  In 2012 she joined Crosspoint Church in Whitesboro, and in 2015 following a move to her daughter’s home in Delhi she attended the First Presbyterian Church. Gwen loved attending Heritage Baptist Church (HBC) when she visited Kathy in Alabama, spending many winters there with her. She made many dear friends whom she loved and prayed for daily. She also made significant donations to support the HBC Mission House as well as many missionaries supported by HBC.

Besides her numerous church activities, Gwendolyn enjoyed crocheting, she was an avid reader, reading through her bible annually, along with her daily devotions. She enjoyed her time reading on the front porch while the sun was shining. Most of all, she loved time spent with her family, especially her 9 grandchildren and 6 great-grandchildren, and she really looked forward to the weekly family dinners.

Besides her parents and husband, Gwendolyn was predeceased by a sister-in-law: Phyllis Griffith.

In lieu of flowers, contributions can be made to the First Presbyterian Church in Delhi or to Helios Care www.helioscare.org.

Please visit www.macarthurfh.com to share a condolence with Gwendolyn’s family.