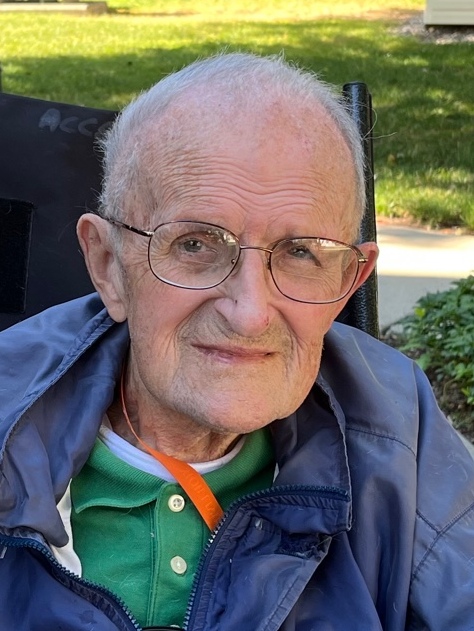 Carlton F Bloodgood of Bogota, NJ passed away peacefully on August 26, 2022 at the age of 97 at Brighton Gardens of Saddle River where he received lovingly care and loved to play Bingo. Born August 14, 1925 in Stamford NY to Edna and Ernest Bloodgood.

He grew up in Stamford NY and graduated from Stamford School class of 1943. After graduation he attended Packard Business school on Long Island returning to Cobleskill to run Carlton’s Grocery store until moving to Bogota NJ in 1960. He then worked in retail and enjoyed setting up and selling at Flea Markets.  In later years Carlton and his wife Dorothy became avid collectors and dealers of antique post cards and hosted a Post Card Show in Stamford, NY for 22 years. He was involved in many Post Card Clubs on the east coast holding positions of Vice President, Chairman of shows and holiday parties.

Through the Post Cards, Carlton and his wife Dorothy published two books “A Post Card Portrait with memorabilia of the Queen of the Catskills Grand Hotel Era 1883-1942 Stamford, Delaware County NY,” and “Post Card Portrait of John Burroughs Literary Naturalist.”

Carlton always enjoyed his trips with his family back to his hometown. As a tribute to Carlton, it has been said over and over that he was a good man.

Carlton was predeceased by his wife of 65 years Dorothy (2017), his parents Edna and Ernest Bloodgood and his son John Godfrey Cornell Bloodgood (1994).

Survived by his daughter Margaret A Bloodgood of NJ and several cousins.

A calling hour will be 9:30-10:30AM on Thursday, September 1 at the MacArthur Funeral Home, Stamford, followed by a graveside service at 11AM at the Stamford Cemetery.