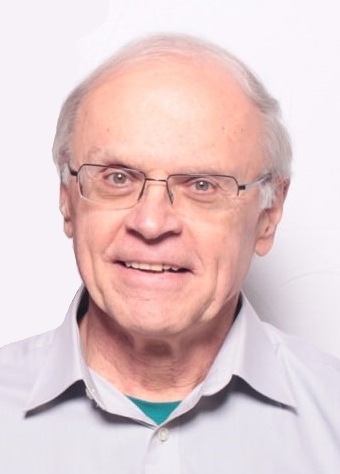 Daniel Mokay, 69, of Delhi, passed away Friday, August 5, 2022 at his home surrounded by his wife and daughters after a short but courageous battle with cancer.

Born November 16, 1952 in Delhi, Dan was the son of the late Andrew and Nellie (Polonis) Mokay.

Dan was a lifelong resident of the Delaware County area. In 1970 while working Meridale Farms, Dan sustained a life altering injury. He fell fifty feet from one of their silos and severed his spinal cord. Dan became a paraplegic at the age of 17, but that did stop him from achieving his dreams. He graduated from Delaware Academy in 1971 and received new driver’s license after having hand controls installed in his vehicle. He loved driving with his new found independence.  Dan drove cross-country in his early years visiting friends and family. Dan attended SUNY Delhi and received a degree in accounting. In his early years, he worked at McDowell & Walker and the Delaware County ARC. He married Sandra Dandignac in 1979 and they had two children: Stacey and Rachelle. Dan became a stay-at-home dad once Rachelle was born. Dan was the main cook in the home. He enjoyed preparing balanced meals for his family, along with making sure that they were on the table every day at 5:00pm. Dan was a man of routine, with everything on time and consistent. Dan enjoyed exercising in his home gym for over twenty years, three times a week. He acquired unique machines for himself to use due to his physical disability.  Dan enjoyed tinkering in his garage and working on his 1974 Cub Cadet lawn mower, which he still has working to this day. He spent countless hours lawn mowing and snow plowing with that Cub Cadet. He did many DIY projects on his home with Sandy throughout the years. Building decks, sidewalks, upgrading their kitchen, even painting the trim on the house, in which his young daughters at the time would lift his feet up for him to climb the ladder. Dan was determined to complete any task a physically-abled person could do, even if that meant sitting on the ground to do it.  He took great pride in woodworking creating beautiful shadow boxes for family, friends and customers. Dan had an infectious smile no matter what he was doing. His sense of humor will be remembered by all who knew him. He loved busting peoples chops and doing voice impressions. He would whistle or sing a song during any task he was doing. He was so optimistic throughout life, and so determined.

Dan is survived by his wife of 43 years: Sandy of Delhi; daughters: Stacey (Don) Sulger of Greene and Rachelle (Brian) Rogers of Hamden; siblings: Christine (Roger) Reed of Meridale, Andrew Mokay of Green Island, and Patricia (Albert) Knapp of Delhi; grandchildren: Dylan and Sage Sulger; his in-laws: Ralph and Phyllis Dandignac of Delhi;  along with many nieces, nephews and cousins.

The family would like to thank the nurses and staff with Helios Care who helped Dan these past two weeks. He received excellent care with under them.

Graveside services and a celebration of life will be held at 2:30PM on Friday, August 12, 2022 at Woodland Cemetery, Delhi.

Please visit www.hallandpeet.com to share a condolence with Dan's family.