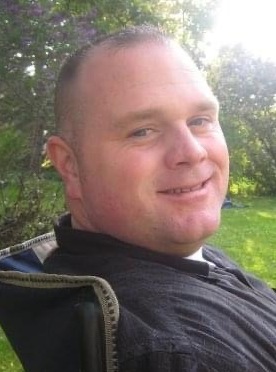 William R. O’Connor of Walton, a beloved husband, father, son, brother and uncle passed away on Monday, June 20, 2022 at the young age of 49.

Bill was born March 19, 1973 in Amityville, NY. He was raised in a household full of love by his parents Joyce Soutar and John Soutar.

He moved to Walton at a young age from Lindenhurst, NY and graduated from Walton Central School - Class of 1991.  Bill was a dedicated Correctional Officer for the last 25 years with the NYS Department of Corrections.  During his career he worked both at Sing Sing Correctional Facility in Ossining, NY and Sullivan Correctional Facility in South Fallsburg.  He was a member of the St. John the Baptist Roman Catholic Church in Walton, a member of the Walton Fire Department and EMS and a coach for The Walton Little League where he shared his lifelong passion of baseball.

Bill was an avid Sports Fan and proudly supported the NY Yankees, Rangers, Giants, and NY Islander teams.  Besides being a sports and weather enthusiast, Bill enjoyed going to sporting events, demolition derbys’, fishing, going for car rides, his cats and spending time with his family and friends.  He will be remembered for his vivacious personality, big heart and incredible sense of humor.

He was predeceased by his father William O’Connor, mother Joyce (Mitchell) Soutar, brother in law Christopher Oakley; nephew John Charles Soutar Jr.; along with many other family members and special friends not mentioned.

In lieu of flowers, the family requests that memorial contributions in Bill’s memory be made to a trust fund for his daughters, Alexis and Caragh, in care of: Deanna O’Connor 16 Fancher Ave, Walton NY 13856

Please visit www.macarthurfh.com to share a condolence with Bill’s family.