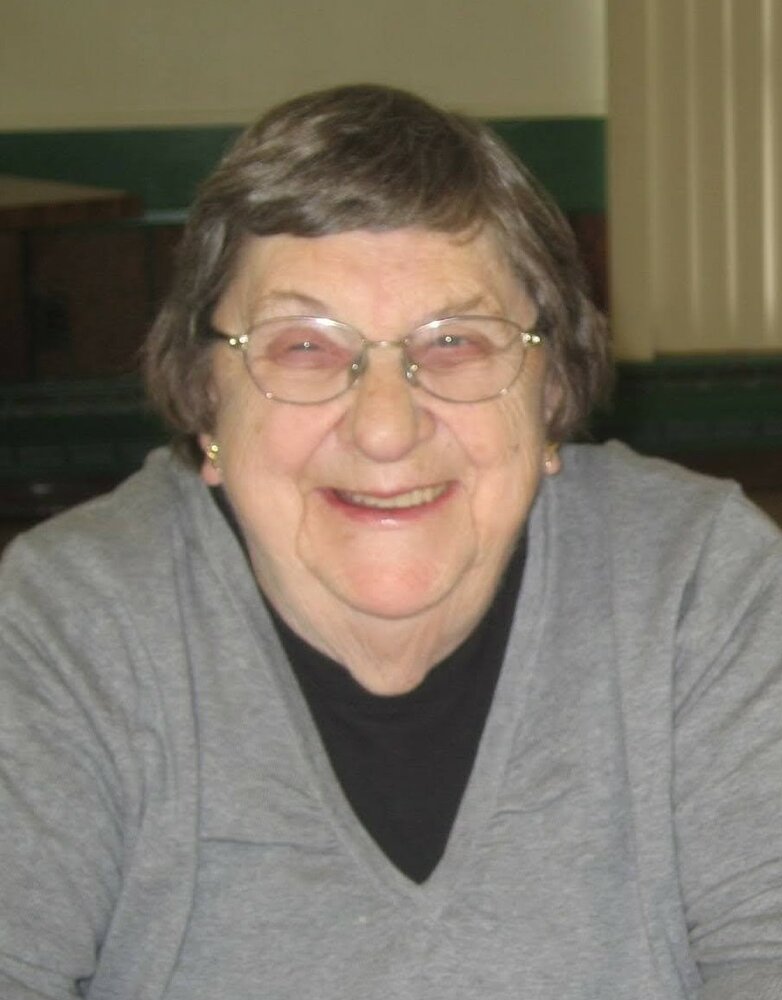 Alice Emma Fraser (95) was born in Malone, New York on July 14, 1926, daughter of William and Delphine Raville. She graduated from Franklin Academy and was employed by International Stock Food Company. In 1953, she was relocated by her employer and moved to Delhi with her close cousin Burneda Ford.

In 1953, she met the love of her life Harold (Zeke) Fraser. She was Catholic, he was Protestant, she was a Democrat, and he was a Republican, she was a city girl and he was a farm boy... everyone said it would never work out. Despite their differences, Harold and Alice married on July 2, 1955, at Notre Dame Church in Malone. After residing in Delhi for three years, they moved to Meridale in 1958, where they had five children.

Alice enjoyed cooking and collecting recipes, had several recipes published in the Taste of Home magazine, and won many local cooking competitions. After 70 years of writing recipes on index cards, Alice spent over a year typing all of her favorites and compiled a massive cookbook for her family which they will always treasure. She was a naturally gifted card player, and would beat the “pants off  ya” . But you were sure to leave happy, with a full stomach, and full of love and laughter. She was always proud of their five children, nine grandchildren and six great- grandchildren. She enjoyed traveling, going to fairs, camping, cooking, and playing cards.

Alice is predeceased by her husband of 65 years Harold (Zeke) Fraser who passed in 2020, her parents, her three brothers, and her son-in-law John Lilholt. She leaves behind five children; James (Svana) of Oro Valley, AZ, Carol Duerr (Paul) of Conesus, NY, Michael (June) of Fraser, Elaine Lilholt of Delhi, and Steven (Renee Phillippi and daughter Brooke) of Meridale. She had nine grandchildren; Melinda and Cristina Fraser, Scott and Adam Ellsworth, Lisa Hertzog, Melissa Fraser, Lindsey LoBianco, John Jesse and Brian Lilholt, and six great grandchildren Mary Grace, Ella, Lucy, Logan, and Natalie Ellsworth and Ruby LoBianco. She is also survived by her two sisters‑in‑law‑ Carolyn Raville of Dunnellon, Florida and Isabel Raville (who recently turned 103) of Malone, close cousin Burneda Ford of Delancey, and many nieces and nephews and cousins.

Her family would like to thank the staff at the Delhi Nursing and Rehabilitation Center, who took great care of Alice for the last year and a half.

Family will be receiving friends at the MacArthur Funeral Home on Friday, July 1st from 4-7pm. Mass at St. Peter’s Church in Delhi on Saturday, July 2nd at 11:00am. Interment will follow at Pine Grove Cemetery in Meridale.

Donations can be made in Memory of Harold and Alice Fraser to the Delaware County Senior Council 97 Main St., Suite 2, Delhi, NY 13753 or the Meridale Emergency Squad, PO Box 104, Meridale, NY 13806.

Please visit www.macarthurfh.com to share a condolence with the Fraser family.