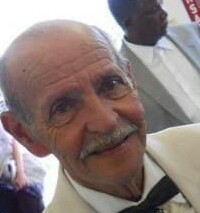 Roy graduated from Charlotte Valley Central School class of 1948, after graduating he joined the Marine Corp. where he was stationed at Camp Pendleton CA as a supple clerk until his Honorable Discharge in1956. After his discharge from the Marine Corp. Roy moved back to NY where he was employed by Burrs Dodge as Service and parts manager, Roy later worked at Charlotte Valley Central School as Superintendent  of Buildings and Grounds were he worked until his retirement in 1987.

After his retirement Roy worked for Ben Franklin store and later Syman Arts.

Roy married Betty May Gildersleeve on July 27, 1958 at the Methodist Church Davenport NY. Roy and Betty May has 3 children Roy Dean, Becky Hope, Eleanor Mima. Roy also had a daughter Kathryn Louise from a previous marriage. Roy and Betty also fostered many children.

Roy served as Dog warden for the town of Davenport as well as Town Justice for where he performed 101 marriages over his long career.  He was a volunteer fire police with Davenport Fire Department. Roy was a Lay Pastor with Davenport Methodist Church until he became a member and Elder of thee Davenport Presbyterian church.

Roy loved working with wood, were he Betty May made lawn ornaments. He also enjoyed dong word searches, reading and watching westerns oh yeah loved his scratch off tickets.  After moving to AZ. he enjoyed helping his Granddaughter with her school work, he declared himself Principal of her home school.

Roy was predeceased by his wife Betty May, his brother Milton and Sister in law Pat Smith, His sister Georgiana and brother in law Carl Utter, his Daughter Kathryn L. Brown and Grandson Jerry Alexander Brown.

Services for Roy will be held at 11AM Saturday June 4, 2022 at the Davenport Fire House, followed by full Military Honors at The Davenport Cemetery  where we will put to rest Mom and Dad. A reception at the Fire House to follow.

In lieu of flowers Donations can be made to the Roy E. Smith Scholarship fund set up at Charlotte Valley Central School.

Please visit www.macarthrurfh.com to share a condolence with Roy’s family.