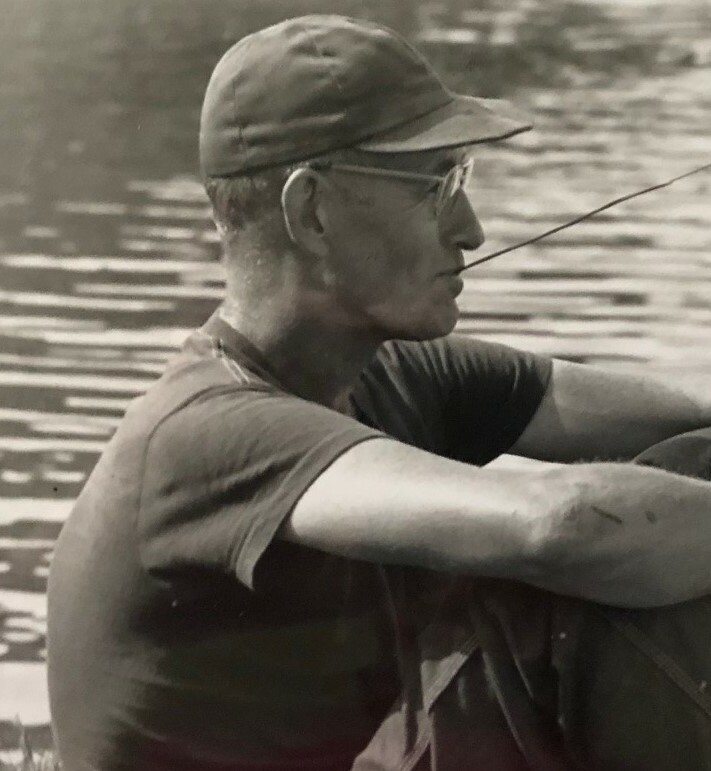 Obituary of David A. Clark

David Alden Clark was born in Delhi on March 26, 1930, the eldest of the four children of Lynn Scott and Mildred Truscott Clark.  He joined his parents and grandparents at the Clark family farm on Elk Creek Road, where he lived his entire life.

Dave entered school at the one-room schoolhouse on Elk Creek and graduated from Delaware Academy in 1947.

Dave began his adult life working on the family farm, but before long he acquired a backhoe and bulldozer.  He established a small excavating business, which he ran for the next sixty years. He had an intuitive understanding of the interrelationships of water, dirt, and stones, and a gift for finding solutions to problems of the earth.  It has been said that he could scratch your back with the bucket of his machine.

In the summer of 1965, Dave met Reeva Curley at the First Presbyterian Church in Delhi.  They began dating in September and were married in December.  Reeva was a widow with five children, ages ten to twenty-one. In later life, she said that marrying her was the craziest thing Dave ever did. Crazy as it might have seemed at the time, their union has long been an inspiration to all those who knew them.  They never argued, and they made their decisions together. They were inseparable.

Dave was a tireless worker and a perfectionist, but he loved his free time as well. He built two beautiful ponds where he and Reeva enjoyed countless good times with friends and family.  On Sunday afternoons in the summer, he drove his 1964 convertible to the family camp on Goodyear Lake, where he patiently taught many people to water ski.  He built a ramp for water ski jumping and was himself one of the few who could use it. Dave also loved taking family and friends boating and island camping on Lake George.

In winter, Dave took advantage of the quiet excavating season to go downhill skiing and snowmobiling.  For a few years, he sold Boa-Ski snowmobiles, and helped customers to maintain and operate their machines. A lover of the Catskills' beautiful views, he enjoyed getting to the tops of hills and sharing that beauty with others. Late winter meant sap season for Dave, always a busy time.  He often recalled the year that the Clarks made 1000 gallons of maple syrup.

Dave will be most remembered for his innate decency, his genuine regard for his fellow humans, his deep and abiding Christian faith, and his irrepressible desire to have fun.  He charmed generations of children with his masks and games.  His peers have countless stories of his pranks and tricks, usually involving the ingenious misuse of tools and equipment.  His example of moral integrity and his enthusiasm for life have inspired all who knew him.

Our hearts are most certainly broken as we contemplate Dave's death, but we should most certainly be consoled by the knowledge that this giant of a man awaits us, smiling at the gates of heaven- driving an ancient truck with fruit glued to the hood, wearing a gorilla mask, blowing steam whistles, air horns, and sirens and welcoming us to join him in eternity.

Dave was predeceased by his parents, Lynn and Mildred Clark; his sister and brother-in-law, Lois and Ken Stalter; sister-in-law Linda Clark; his nephews Ken Stalter and Scott Heinzerling; and granddaughter Abby Borow Ezero.

Dave's family would like to thank Helios care for their support throughout the past weeks.

Friends and relatives are invited to call on the family from 12:30PM until 2PM on Friday, April 15, 2022 at the Abundant Life Church, 79 Assembly Lane, Delhi, NY, where a funeral service will follow at 2PM.  Burial will be at Woodland Cemetery, Delhi.

Please visit www.macarthurfh.com to share a condolence with the Dave’s family.