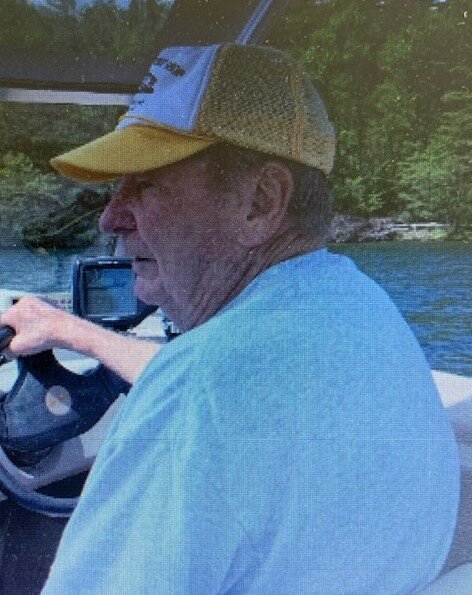 Born on March 21, 1936 in Oceanside, Long Island, John was the son of the late Charles and Emma (Lange) Stelter.

Mr. Stelter proudly served in the US Army from 1959 until his honorable discharge in 1961, he also served an additional four years in the Army Reserves.

He was married to Jeanette (Sommer) Stelter.

John worked for over 32 years as a lineman for the former Keyspan and Long Island Lighting Co. in the Bellmore yard on Long Island, NY until his retirement in 1996. He was awarded a Red Cross Life Saving Award for saving the life of a fellow lineman while on the job.

Mr. Stelter has been weekending in the Delaware County since 1965 and following his retirement he and his wife Jeanette moved permanently to Delhi.

John was a member of the Delhi American Legion and the West Delhi Presbyterian Church where he had served as trustee. He was a “Jack of All Trades” and built his home and all the buildings on his property on Lumbert Hill and he also built a bridge to access the property on Lumber Hill with his wife Jeanette by hand with no power tools.  John was also a dock builder on Long Island, building many structures with is son on Long Island’s Great South Bay.

He was an avid outdoorsman, John loved hunting, snowmobiling, skiing, waterskiing, riding his 3-wheeler or fishing on Lake George were some of his favorite pastimes.  John was also active supporter of the Special Olympics (always cheering for Warren) and helping with the local ARC by driving a bus, providing respite care, or repairing bicycles.

Besides his wife Jeanette Stelter of Delhi, John is survived by his three children: Wayne of Islip, Lori of Unadilla and Warren of Delhi; grandsons: Eric and Jason both of Islip; and his feline companion: Cali.

A celebration of life with military honors will be held at 11AM on Saturday, March 19, 2022, at the West Delhi Presbyterian Church, 45 Sutherland Road, Delhi, NY

Contributions in memory of John can be made to the West Delhi Presbyterian Church.

Please visit www.macarthurfh.com to share a condolence with the Stelter family.