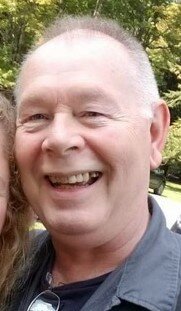 Clifton J. Frazier, 66, of Delhi, passed away unexpectedly on Saturday morning, March 5, 2022 at his home.

Born on December 23, 1955 in the Bronx, he was the son of the late Clifton Frazier and Patricia (Martins) Poehler.

Cliff proudly served in the US Navy from 1973 until his honorable discharge in 1976.

Cliff was a machinist for Amphenol Aerospace in Sidney, NY. He was a member of the Delhi Fire Department and in years past was active with the fire police there.

He was an avid outdoorsman and enjoyed deer hunting and finding ginseng.  Cliff was also a jack of all trades and could fix or build most anything.  He also loved technology and electronics, including computers, the internet and video games.  However, Cliff’s greatest joy was his family, he was a loving husband, devoted father and proud grandfather.

Besides his parents, Cliff was predeceased by a brother: Charles Frazier.

He is survived by his wife: Tammra Tully of Delhi; children: Nancy (James) Heimbuecher of Middletown and Jim Frazier of Alaska; step-sons: Eric (Fae) Specht of Delhi and Alex (Makayla) Specht of Delhi; grandchildren: Talia, Vincent, Scott and Benjamin; along with several aunts, uncles, nieces, nephews and cousins.

A celebration of Cliff’s life will be held at 2PM on Sunday, March 13, 2022, at the First Presbyterian Church, 4 Clinton Street, Delhi, immediately followed by a reception at the Delhi American Legion.

Please visit www.macarthurfh.com to share a condolence with the Frazier family.