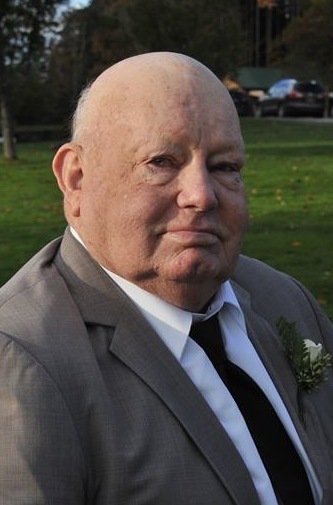 Charles Edwin Rodgers Jr., 77, of South Kortright, passed away on February 8, 2022, surrounded by his loving family. Ed (Charles as he was known by many) was born on February  20, 1944, in Ronceverte, West Virginia to Charles and Vera Rodgers. He was raised there and graduated from Greenbrier High School, which is where he met Dorothy Ann Dowdy whom he married on June 23, 1962. She predeceased him on June 18, 2015 after 56 years of marriage and was anxiously awaiting his arrival in heaven along with their infant daughter Jennifer.

Ed grew up farming and developed a lifelong love for all things agriculture. In 1969, Ed and Dorothy moved their family to upstate New York, where he managed various farms until he purchased Greenbrier Farms in South Kortright New York in 1981.  His knowledge and experience in Holstein cattle led him to have a top herd in both pedigree and production. He would often perform crop work for additional farms throughout each year.

Ed and Dorothy moved back to Warrenton, Virginia in 1993, where he worked for his brother's construction company SW Rodgers as a foreman. After several years he was able to establish his own business called Faith Builders Construction, where he built residential homes in northern Virginia. The business grew and was able to expand into several commercial building projects as well. Through all this, Ed never lost his love for cattle and continued to raise Angus beef cows and do custom crop work during his time in Virginia. In 2015, Ed and Dorothy moved back to New York to be closer to their family.

Ed is survived by his son Scott (Renee) Rodgers, his daughter Wendy (Carl) Hanselman; grandchildren Amanda (Paul) Moller, Jeremy (Rose) Hanselman, Rachel (Alex Tancredi) Hanselman, great grandchildren Olivia, Seraphina, Kaiden, and Tallulah; and his brothers and sisters, Steve, Don, Kate, and Jayne. He was predeceased by his parents Charles and Vera as well as his brothers Sid, Richard, and Joe.

During his last days, Ed was able to be home and surrounded by family and long-time family friend, Lisa Michetti.  He received great care from caregiver Brielle Doughtery, who spent many hours assisting Ed, and truly went beyond all expectations in her care of him. He also received excellent care from OSS Dialysis, Dr. Sneha Patel, the entire Bassett Wound Care staff, and Helios Care.

Ed will be greatly missed by family and friends. His sense of humor and love of hard work and determination were an example to us all. He was especially proud of his family and their accomplishments.

Private graveside services will be held in the spring.  In lieu of flowers, donations can be made to Helios Care in Ed's memory.

Please visit www.macarthurfh.com to share a condolence with Ed’s family.