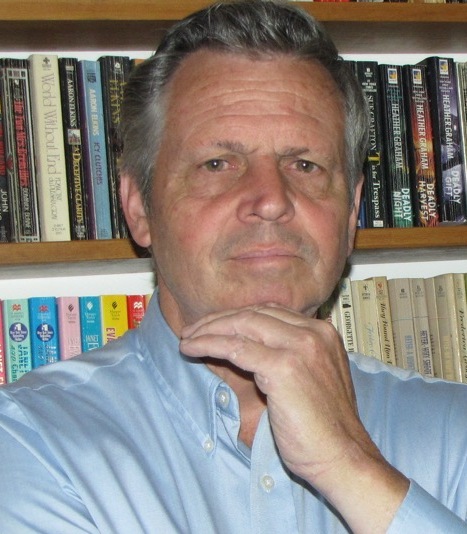 Obituary of Nelson A. Bradshaw

Nelson Allen Bradshaw’s more than 10-year fight against Parkinson’s disease with Lewy body dementia (LBD) ended on December 31, 2021. Nelson was born in Redwood City, California, on April 14, 1947 to Obeda Rogers and Robert P. Bradshaw and was raised by his father. Nelson early discovered a love of acting, appearing in productions at Sequoia High School (Class of ’65) under the direction of Ray Doherty. He was also editor of the school paper. For a brief time as a young man he was a cub reporter for the San Francisco Chronicle.

He joined the East West Players in Los Angeles in the early 1970s. One of the productions he performed in with EWP was In the Jungle of Cities. He was one of the initial members of EWP’s newly formed subgroup, the Total Theatre Ensemble, which performed in schools.

He worked in soap operas and had small parts in movies, such as a popcorn-eating theater patron in The World According to Garp and as a juror in the 1975 made-for-television film, Guilty or Innocent: The Sam Sheppard Murder Case. The summer of 1979 found him performing at the Shawnee Summer Theatre in Indiana.

While hitchhiking across the country, Nelson got a ride from a couple who were Quakers; impressed by their peaceful kindness, he became a Quaker himself. After his arrival in New York City, he worked as a medical transcriptionist, received a Bachelor’s degree in Economics from the College of Staten Island and a Masters in Political Science from Brooklyn College. Nelson then taught Social Studies in the New York City school system.

But no matter what else Nelson did, he continued to perform. With the Staten Island Shakespearean Theatre Company, he appeared as Richard III in an evening of Shakespearean monologues and as American negotiator John Honeyman in A Walk in the Woods. Also on Staten Island, Nelson appeared as Editor Webb in a uniquely staged, multi-venue Imagine Project production of Our Town.

Another significant event during Nelson’s Staten Island years was meeting his wife and sweeping her off her feet in just a few short weeks after living five houses apart, unknown to each other, for seven years.

Moving to Stamford, New York, in 1997 resulted in numerous opportunities to perform over the years. He was the first performer to appear at the Performance Plus Stamford Performing Arts Center coffee house with an evening of readings of Edgar Allan Poe stories and poems. Dylan Thomas’s “A Child’s Christmas in Wales” and readings from Mark Twain soon followed. Also in the coffee house, with the Little Victory players, Nelson appeared as the ghost of Jacob Marley in A Christmas Carol, and in the carriage house theater as Elwood P. Dowd in Harvey and Boolie in Driving Miss Daisy.

Nelson also appeared with Cooperstown’s Leatherstocking Theatre Company as Larkin in Six Degrees of Separation, as Norman Thayer Jr. in On Golden Pond, and at the Foothills Performing Arts Center in Oneonta as Prosecutor Meyers in Witness for the Prosecution, a White Knuckle production.

The move to the Catskills also opened up opportunities to reignite his writing career. He wrote news and features for the Delaware County Times, Catskill Mountain News, Country Folks, Catskill Region Guide, and the Daily Star. Nelson accepted every assignment and gave it his all—from hard news to garden cleanup checklists to a multipart in-depth interview with Robert F. Kennedy Jr. on Watershed issues. His writing and acting merged on the radio, writing news stories and then broadcasting them in his actor’s voice on WZOZ, WDHI and WDLA.

Teaching continued to be important to Nelson, as a classroom substitute both in the Albany area and in the schools of the Richmondville–Cobleskill district, where he also served as an at-home tutor for ill and suspended students. Nelson gifted a few of his longterm at-home students with tiny companions—parakeets his son Benjamin had raised. At various times throughout his teaching career, Nelson provided guidance for student chess clubs.

As the disease process slowly stole his abilities, Nelson did whatever he could with what was left to him. Once he was no longer able to work, he would walk the two miles from his home to Robinson Terrace nursing home to read to the residents. They, too, were the recipients of little yellow and blue companions, parakeets to add cheer in the shared spaces.

There are many choices to honor Nelson’s memory: play a game with a young person or help with homework; consider brain donation or support the work of a brain research foundation; read to someone or, what he might have liked best, go see a play—actors need audiences above all.