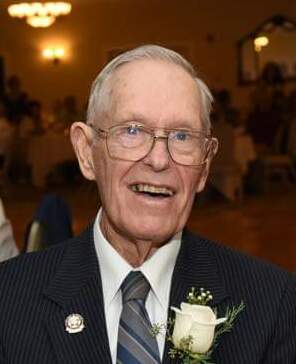 Born on October 27, 1927, in Davenport, NY, Ralph was the son of the late George M. and Mary (Boyes) Hillis.  Ralph attended and graduated from Charlotte Valley Central School.  On September 14, 1947, he married Mabel S. More in Oneonta.

Ralph and Mabel owned and operated Willow Mill Stock Farm in Charlotteville, a Century Farm and Bi-Centennial Farm that has now been owned by five Hillis generations.

Besides his parents, he was predeceased by his wife of 70 years, Mabel S. Hillis; a daughter Linda Salvage; sons-in-law Lawrence Salvage and Gregory Overholtzer; and sibling Arthur Hillis.

Graveside services will be held at 11AM on Saturday, July 9, 2022 at Davenport Cemetery for Ralph and Mabel.

Please visit www.macarthurfh.com to share a condolence with the Hillis family.

Please follow the link below to watch Mabel and Ralph's graveside service.