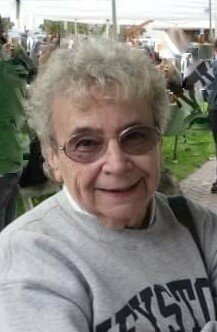 Born on September 16, 1934 in Delhi, she was the daughter of the late Luther and Mary (Swantak) Chapman.

A lifelong resident of the area, Ruth was a 1952 graduate of South Kortright Central School.  On October 12, 1952 she married Jesse E. Wheeler, together they bought the family farm in South Kortright where they raised their five children. Ruth helped Jesse operate the dairy and also worked for a time as a substitute for ONC BOCES.  She enjoyed watching Syracuse Orangemen Basketball and Home and Garden TV, sewing, baking and mowing her lawn.

Besides her parents, Ruth was predeceased by her husband of 64 years, Jesse Wheeler on December 5, 2016.

Memorial Contributions may be made to the American Heart Association, Heart of the Catskills Humane Society or to Bloomville EMS.

Funeral services will be private and at the convenience of the family.

Please visit www.macarthurfh.com to share a condolence or story with the family.