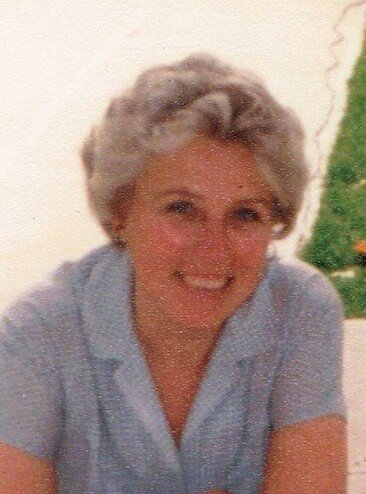 Grace Helen Malz, née Brosgul, died on Aug. 13, 2021 of natural causes, on what would have been a 61st wedding anniversary.

Born on November 17, 1930, in Brooklyn, NY, Grace was the only child of Joseph A. Brosgul, a carpenter who immigrated from Lithuania, and Anna E. Petrauskas Brosgul, who immigrated from England.  Growing up, Grace had chores to do, including frequent washing of the apartment walls due to soot, but Grace nevertheless had time to frequent movie theatres and play with neighborhood friends.  One of her fondest memories was the gift of a sewing machine from her Grandmother Elizabeth Petrauskas.  Sewing became a significant part of her life.  Another fond memory was taking care of children, especially the Kosak boys:  Michael, John and Robert.

In 1949, Grace graduated from Brooklyn’s Prospect Heights High School, having successfully completed, among other studies, a four-year dressmaking and dress design course.  Her diploma led to her work as a pattern maker in the garment district of Manhattan, as well as related work in the Pattern Designing Department at Condé Nast in Connecticut.

As a young woman, Grace enjoyed being an “aunt” to her best friend’s (Marie Palermo) children: Anthony, Carol and Daniel.  A detail in Anthony’s memoir reveals Grace’s capacity for love and tenderness. He wrote, “Once, when I was deep into my cowboy phase, she softly placed two buckskin gloves next to me as I slept soundly. She made those gloves herself … I woke just enough to cuddle them close and smile.”  Grace enjoyed horseback riding in the Adirondacks and Connecticut.  She was also an avid bowler, winning league trophies.  Broadway shows were a regular treat.

Grace, a devout Catholic, credited her faith for helping her deal with the deaths of her father (1956) and mother (1959).

Grace married Thomas Oscar Malz, of the Bronx, on August 13, 1960, giving up her career to become a homemaker.  A talented seamstress, she made her own wedding dress, as well as dresses for the bridesmaids and the flower girl, Maureen Errico.  The couple settled on Maeder Avenue in Merrick, New York, and had five children: Joan, Carol, Susan, Diane and Thomas.  Not surprisingly, Grace made most of her children’s clothes and continued to make her own.  She also taught herself upholstery, and reupholstered the household furniture.

For the Merrick home, she painted all the rooms, laid the floor tile, and made and planted garden beds.  She designed the kitchen cabinets to her height and needed functions, giving a blueprint to a carpenter to build them. She also did the household budget, handing Thomas an allowance from each paycheck to cover his expenses.  She was a model organizer: everything had its place, and everything could be fit in.  The children rotated chores weekly, boy and girls alike.

Home was a busy, noisy place, filled with children, friends and extended family. Grace was an excellent cook, and the entire family gathered daily for a home-cooked dinner.  A special memory shared by her children was the “midnight snacks.”  If they had not fallen asleep, and heard their mother having a late night snack, they would get out of bed and go downstairs to join her.  They had to be quiet eating and talking; however sometimes their excited laughter woke their father.  Grace, on the other hand, could sleep through anything, even Hurricane Sandy!

Getting around town in Merrick was very different from Brooklyn where it was easy to just catch a trolley or subway to go shopping.  For many years, Grace either rode a bicycle or had her husband drive her.  She got her first driver’s license in her fifties.

Neighbors were friends, some for more than a half century.  Much of life was shared with Ede and Henry Winter.  The O’Briens and the Mehrs became family through marriage.  Both Grace and Thomas were congregants of Merrick’s Sacred Heart Roman Catholic Church until moving to East Meredith in 2016.

Grace was predeceased by her husband in 2019.   She is survived by five children:  Joan (Tony) Greco of East Meredith; Carol (Mike Empey) Malz of Davenport; Susan (Patrick) Mehr of Massapequa Park; Diane (Frank) Gregov of Merrick, and Thomas (Gina) Malz of East Setaucket.

A graveside service will be held on Monday, August 23rd at 2:00 p.m., East Meredith Cemetery.

Please visit www.macarthurfh.com to share a condolence with the family.