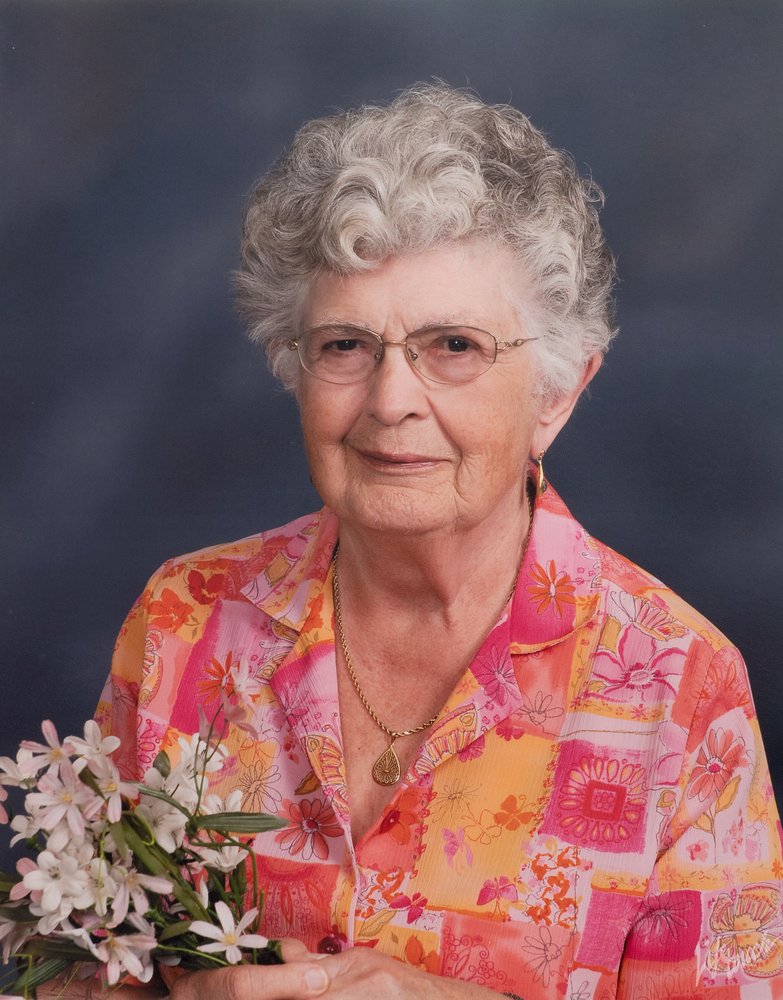 Grace was born in Meredith, New York in her family’s home and was the only child of the late Walter and Rheuie (Laing) Holloway. She was blessed with a wonderful energy and natural talents in perseverance, sincerity, and compassion, all of which she used throughout her life.

Raised in Meridale, Grace graduated from Delaware Academy High School with the class of 1943.  She followed her caring nature and furthered her education by enrolling in the nursing program at Hartwick College in Oneonta, New York and went on to graduate from Crouse-Irving School of Nursing in Syracuse, New York. She cared for patients all across Delaware County during her career which led to positions at the former Bathgate Hospital in Stamford, Delaware Valley Hospital in Walton, O’Connor Hospital in Delhi, and the South Kortright Boy’s School, from which she retired in 1988.

While living in Meridale, Grace met George Robertson on a blind date set up by mutual friends. They went on to marry in 1953 at the Presbyterian Church in Meridale and spent 44 happy and adventurous years together. George and Grace moved to Bloomville where they raised their four children.  She was a loving mother who always opened their home to the Robertson kids’ friends and hosted several special family celebrations.

Grace and George were both very active in the local community.  Grace was a member of local chapters of the Eastern Star, the Daughters of the American Revolution, and the Bloomville United Methodist Church. She loved to host card nights and dinner parties and she participated in a bowling league in Delhi, New York. Grace maintained special relationships with her cousins and other close family, and there are many wonderful friends who were a part of her life. The family hopes you know she cared for all of you deeply.

Grace was an avid crafter and a dedicated reader, common interests shared by many of her children and grandchildren. Grace and George also loved to travel, visiting almost all of the United States, some of Canada, and took overseas trips to Scotland and other locations in Europe. They doted on their grandchildren, always bringing back goodies from trips and were the go-to babysitters whenever needed. Eventually Grace and George purchased a second property in Haines City, Florida where they enjoyed many winters.

A celebration of Grace’s life and burial will be held at Riverside Cemetery in Bloomville and announced at a later date. Memorial contributions may be made to the Bloomville United Methodist Church or a charity of one’s choice. Condolences to the Robertson family may be shared online at www.macarthurfh.com