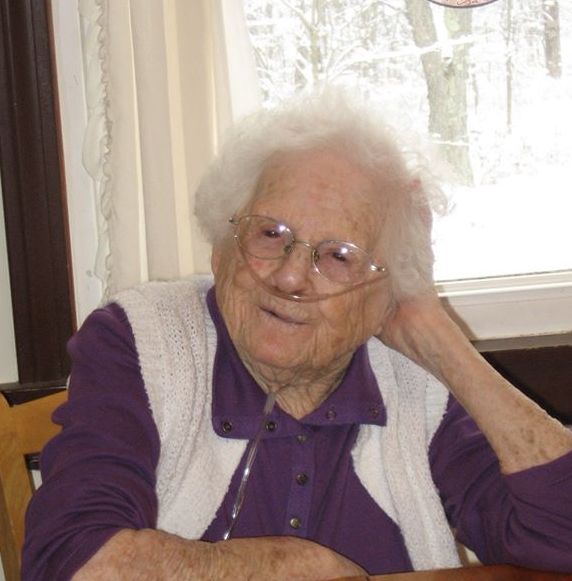 Hilda Avery, 97, of East Meredith passed away on April 3, 2020 at Fox Nursing Home, Oneonta. She was born on December 25, 1922 in Delhi, to William and Emma (Jones) Watson. On September 21, 1946 she married Eugene Avery. They had several farms and Hilda love the work including milking the cows and bailing hay. She also enjoyed going to horse shows to help Bob and Genie with their horses. Survivors include her daughters: Vera Hunt and Eugenia Avery; son: Robert (Ruth Ann) Avery; grandchildren: Laurie Hunt, Greg (Andrea) Hunt, Christopher Ward, Jennifer (Andrew) Flannery and Melissa Fetterman (Tristin Tiffany); great-grandchildren: Dylan and Marleigh Hunt, Anja and Soren Flannery, Cassidy and Gavin Fetterman. She was predeceased by her husband: Eugene Avery on January 21, 2002, brother: Clarence Watson; sisters: Eleanor Harkness and Lillian Watson; and a son-in-law: Ralph Hunt. Hilda’s family would like to thank Fox Nursing Home staff for her care in the last months. A service to celebrate Hilda’s life will be held at a later date. She will be laid to rest in Woodland Cemetery, Delhi. Memorial contributions may be made to the Meridale Community Church or to a charity of your choice. Please visit www.hallandpeet.com to share a condolence with the Avery family.
Print