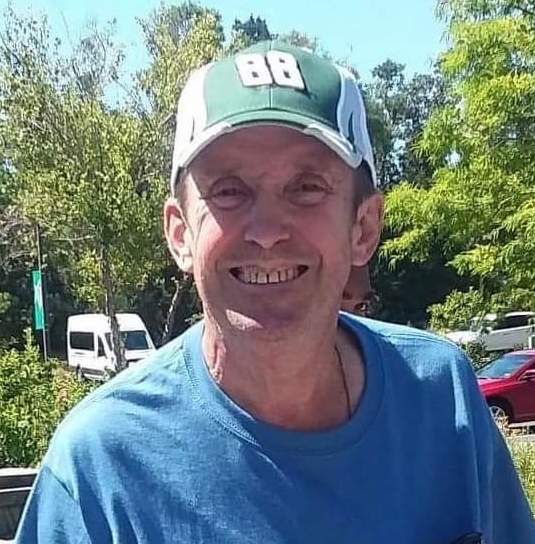 Jessie J. Tompkins, 66, of Meridale, passed away at his home on Friday, December 27, 2019. Born in Walton on January 9, 1953, the son of the late Symon Tompkins and Virginia (Klinger) Tompkins. Jessie started working with his dad building tunnels at 18 until injured in a tunnel collapse in 1976 in Colorado. Jessie eventually made his way back to NY and did some odd and end work, one of which was a skunk catcher for the village of Delhi. Jessie finally found his place for the last 30+ years at Mid-County Auto Body and Glass in Delhi, specializing in installing auto windshields. Jessie’s biggest joy and accomplishment in life was his family. He loved nothing more than to spend time with his children and grandchildren. He was an avid outdoorsman, Jessie enjoyed hunting, fishing, trapping and camping. Jessie was an accomplished bowler, bowling in several area leagues. He enjoyed motorcycles, watching NASCAR and he was a big Earnhardt Sr. and Jr. supporter. Jessie enjoyed building model trains and cars and was a Buffalo Bills football fan. Besides his mother Virginia Tompkins of Florida, he is survived by his children: Heather (Henry, Jr.) Sander of East Meredith, Jessie (Bryan) Merwin of Davenport, Amber (Calvin) Roe of Delhi, Austin (Brittany) Tompkins of North Carolina, Emily Tompkins of Franklin and Dana Tompkins of Rome, NY; seventeen grandchildren; siblings: Mary Gibbs of Florida and Symon (Diane) Tompkins, Jr. of Oklahoma; the mother of his children: Lorraine Mann of Meridale; Special friend Jim Bracci, Aunts, Uncles, and several nieces, nephews and cousins. He was predeceased by his brother-in law Jeff Gibbs Friends and relatives are invited to a celebration of life and time of sharing from 3-7PM on Friday, January 3, 2020 at the Delhi Fire Dept, Delview Terrace Extension, Delhi. Please visit www.macarthurfh.com to share a condolence with the Tompkins family.
Print
Friday
3
January