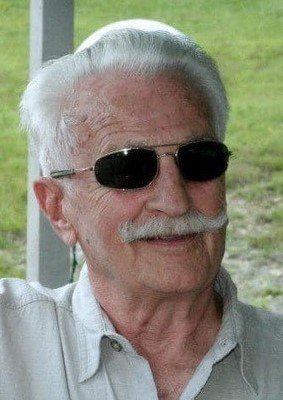 Kenneth N. Ogborn, 79, of Davenport  passed away peacefully on Friday, November 15, 2019, at Mary Imogene Bassett Hospital with his loving daughter, Tammy, by his side.

He was born June 9, 1940 in Meredith, New York, son of Raymond Harold Ogborn and Dorothy Jane Bedford.  He was raised on the family farm and graduated from Treadwell Academy in 1958.  He married Linda L. Burrows on August 3, 1973, and they were married for forty three years until her passing on July 16, 2016.

He worked in the boiler-room at SUNY Delhi for almost thirty-five years before retiring at the age of 54.  He enjoyed many years of retirement before his passing to include seasonal camping at Ringwood Campground with his loving wife, Linda, and his brother and sister-in-law, Larry and Dale.  Some of his other favorite past times were fishing on Otsego Lake, golfing, and hunting. They had many wonderful years with their companion, Zeke.

He is predeceased by his parents, Raymond and Dorothy, brothers Raymond and Lawrence.  He is survived by his sister, Margery (Richard) Spencer, sister-in-law, Dale (Lawrence) Ogborn, children, Brian Ogborn, Rene Ogborn, Timothy Burrows, Todd Burrows, Tammy Lum, and Anthony Ogborn, and special nephew, Ray Ogborn.  He is also survived by his grandchildren Marena Updegraff, Ryan Burrows, Kyle Lum, and Aaron Burrows, as well as his great-grandchildren, Liam, Atticus, and Warren, and several nieces and nephews.

Friends and relatives are invited to call on the family from 4-8 p.m. on Friday, November 22, 2019 at the Hall & Peet Funeral Home 134 Main Street, Delhi, where a funeral service will be held at 11am on Saturday. Burial will follow at the Woodland Cemetery.

Please visit www.hallandpeet.com to share a condolence with the family.