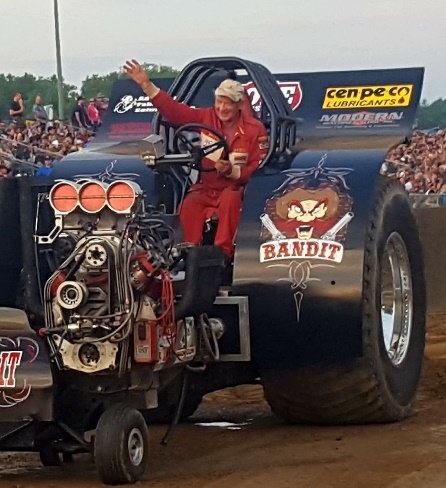 He was born July 26, 1945, to Marvin and Sally Cole and was a graduate of Delaware Academy in Delhi.

Bob had never met a stranger. From the moment that he met someone, they were his friend. His jokes and constant smile made sure that he was definitely loved by all. No one ever just stopped by to say hello quickly. Bob loved to visit and tell stories and a visit with Bob was never short. You knew that if you went to visit, you had better not be in a hurry, because he never was. He always had time for you and time to talk. He always had a hand to help anyone. He loved farming and knew everyone of his cows by name and how much milk they each produced. His other love was his tractor pulling. He had been building and pulling modified tractors since 1978. It definitely was a family affair, as his family was his pit crew. He was known to the New York Tractor Pullers Association as "The Bandit," as he was a very accomplished puller. His tractor pulling family will miss him immensely.

He is survived by his wife of 45 years, Lyn (Fleishcmann) Cole, their three sons, Chris (Joanne Lawton) of Delancey, Jody of Hereford, Texas and Jamie (Amanda) of Altamont; grandchildren; and brother, Tom (Sandra) of Delhi. He will be missed by all, family and friends alike.

A celebration of life in his honor will be held at Don's Dairy Supply, Roses Brook Road, South Kortright, at 2 p.m. Saturday, November 23, 2019.  Food and beverages will be provided by John Laing and crew. "