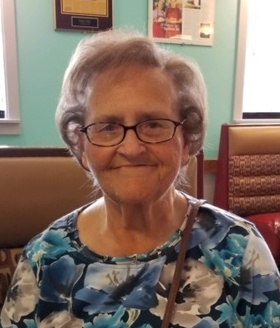 She was born on July 22, 1943 in Milwaukee, WI, the daughter of the late Emil E. and Marion (Kowalchuk) Stehlik.

She was married on March 5, 1977 to Kenneth L. Peck, Jr. who predeceased her in 1995. For 15 years, she was employed by Johnson Controls in Milwaukee, WI. In 1983, Ken and Karen moved to Stamford, NY where she was a stay at home mother before working at Stamford Central School as a teacher's aide from 1992-2014. She retired in 2014 and moved to Albany, NY to live near her daughter's family.  Karen was an avid baseball fan and photographer. She and her husband met at the 1975 All-Star game in Milwaukee and later named their three children after Baseball Hall of Famer's. She coached Little League baseball, volunteered at SCS Booster Club for a number of years, and loved nothing more than watching sports, especially the Red Sox's & Packers!

She is survived by her sons, Terry Ott Peck of Fulton, NY and Casey Cochrane Peck of Long Island, NY, and a daughter, Connie Mack (Kurt) Reichardt of Albany, NY, her brother James (Mary Ann) Stehlik of Belgium, WI and her sister Ellen (the late Kevin) Todryk of New Berlin, WI. Her granddaughter, Alexis, grandson, Evan, and granddaughter, Lilia. Also survived by many nieces and nephews in WI.

Friends and relatives are invited to call on the family from 1-3PM on Tuesday, October 1, 2019 at the MacArthur Funeral Home, 15 Buntline Drive, Stamford. Followed by graveside services and burial at Stamford Cemetery.

Please visit www.macarthrufh.com to share a condolence with the Peck family.