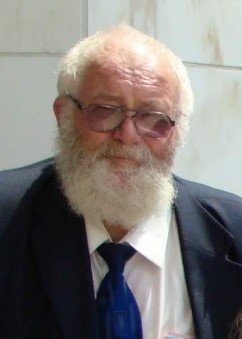 Herbert was born on March 27, 1938, to Emil Reinhard Baldauf and Ida Freida Roemer in their DeLancey, New York home.  The fifth child of eight children.  Herbert graduated from Downsville Central School in 1956, with the American Legion Citizenship Award, an honor that he treasured.

Herbert was a lifetime member of The Church of Jesus Christ of Latter Day Saints.  He so loved his Savior and faithfully served a two year mission in the Swiss Austrian Mission. Following his completed mission, he spent 3 months visiting several sites in Europe, France, Africa, and the Holy Lands.

Feeling a desire to move west, he arrived in Utah, where he met his eternal companion of love and compassion, Elka Dorothea Hill.  They were married in the Salt Lake Temple in Salt Lake City, Utah on March 24, 1966 for time and eternity. Herb and Elka returned to New York to farm and raised their family, teaching them the value of good old hard work, and helping your neighbor, until health issues would cause the sale of the farm in 1996.

Never one to let the grass grow under his feet, Herb continued to be active and loved to serve. He worked on a horse farm, and could always be found in his garden in the early morning, which he loved to tell how big it became each year just so he could share the harvest with others. Developing his canning expertise and becoming a chef in the kitchen. Herb loved to farm,  which he continued to do as he helped on his brother Richard's farm. He enjoyed being in the company of his children, puttering on this and that.

His faith and love for the gospel of Jesus Christ reflected in his love of service, becoming instrumental in establishing the Delhi Branch of the Church of Jesus Christ of Latter Day Saints, emulating into each position he served, which included working in God's Holy House, the temple. His greatest joy of service was teaching the children about the Savior. He loved each one individually which reflected in the way he taught, creating an everlasting bond with them.

Herbert leaves a legacy of hard work, and love for his family. He was devoted to his Savior whom he loved dearly, enjoying opportunities to share his gospel.

Family and friends are invited to call on Friday June 14, 2019 at The Church of Jesus Christ of Latter Day Saints on Delview Terrace Delhi, New York from 4:30-6:30 p.m. Funeral services will be held at the same location on Saturday June 15, 2019 at 12:00 p.m. Graveside committal to be held at Hamden Cemetery in Hamden, New York. Herb enjoyed a good potluck dinner, which will be held at the same funeral location, in Delhi, NY, following the burial.