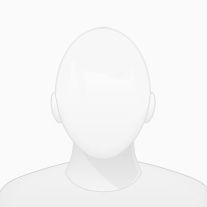 DeLANCEY _ John E. Lilholt, 63, of DeLancey, died Monday, Jan. 16, 2012, at Bassett Healthcare in Cooperstown. He was born on Jan. 23, 1948, in Callicoon, the son of Louis and Betty (Payne) Lilholt. Growing up near Beaver Brook, John and his brother, Pete were very close. Both born in January, Pete was one year younger. Serving during the Vietnam War in the U.S. Army, John was an Airborne Ranger. Returning home he earned his surveyor's license, and met and married his wife, Elaine Fraser in April of 1989. His sons were born in 1996 and 1998. John was most recently employed as a field planner for the Delaware County Electric Cooperative in Delhi. John was a founding father of the Peakes Brook Militia, and an active member of the Donald W. Gleason Post No. 190, American Legion in Delhi. An avid outdoorsman, he loved skiing, spending time with his boys and family, and loved his dog, Pidgey. John is survived by his wife, Elaine; and sons, (John) Jesse and Brian of DeLancey; his brother, Peter and Lorraine Lilholt of Yulan; several nieces, nephews and cousins; and his mother- and father-in-law, Alice and Harold Fraser. He was predeceased by his mother and father. Calling hours will take place from 7 to 9 p.m. Friday, Jan. 20, 2012, at the MacArthur Funeral Home, Delhi. A memorial service will be at 11 a.m. Saturday, Jan. 21, 2012, at the First Presbyterian Church, Delhi with the Rev. Bert More officiating. Burial will take place at the convenience of the family. In lieu of flowers, donations are asked to be made to Catskill Area Hospice, 116 Main St., Delhi, NY 13753 or the Donald W. Gleason Post No. 190, 41 Page Ave., Delhi, NY 13753. Online condolences for the family may be sent to www.macarthurfh.com. Arrangements are by the MacArthur Funeral Home of Delhi.
Print