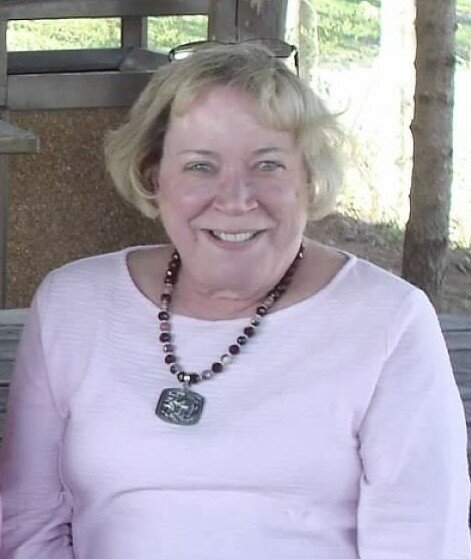 Kathleen Anne (Oles) Woodin passed away peacefully at her home in Andes on December 25, 2021, with her husband Doug at her side. Kathy was born December 5th, 1947, in Cooperstown, NY to Frank and Barbara (Rowell) Oles of Andes. She attended Andes Central School graduating in 1966, but more importantly forged many friendships there that lasted her throughout her life. After high school, Kathy attended Albany Business College graduating in 1968.

From 1968 until 1972 she worked at the state capital for Senator Warren Anderson. After returning to the local area she worked for Delaware County for several years before starting a new career at SUNY Delhi in 1985. She was a vital part of the campus community until her retirement in 2010. She loved working in Bush Hall and greeting students and their parents on visits and tours.

Kathy married her high school sweetheart, Doug on November 22, 1970, at the Andes United Presbyterian Church. Together, they returned to Andes and raised two sons Matthew and Jared “Boomer”. Kathy raised her family in Andes, with her parents next door. The houses and pond on Gladstone Hollow were “home base” for an extended family of nieces and nephews that all enjoyed their time spent there.

Kathy was a trustee of the Andes Presbyterian Church for many years. She was a Daughter of the American Revolution, a point of which she was very proud. In her retirement she enjoyed working in the Andes Historical Society’s thrift store (viewing it as a return to her roots as a shopkeeper’s daughter), planting gardens and was a voracious reader. Time spent with her grandson; Owen was also a highlight of her retirement years.

Kathy is survived by Doug, her husband of 51 years, her son Matthew of Hamden, her son Jared “Boomer” of Delancey, sister Susie (Andy) Lazar of Plains, PA, sister Debbie (Jim) Dow of Cooperstown, grandchildren Kiera, Skyler and Owen and several nieces and nephews.

A service to celebrate and commemorate Kathy’s life will be held on Saturday January 8, 2022, at 11:00a.m. at the Andes Presbyterian Church with a luncheon to follow at the Andes Fire Hall. Graveside services will be held in the spring.

In lieu of flowers, memorial donations may be made to the Andes Presbyterian Church, P.O. Box 299, Andes, NY 13731.