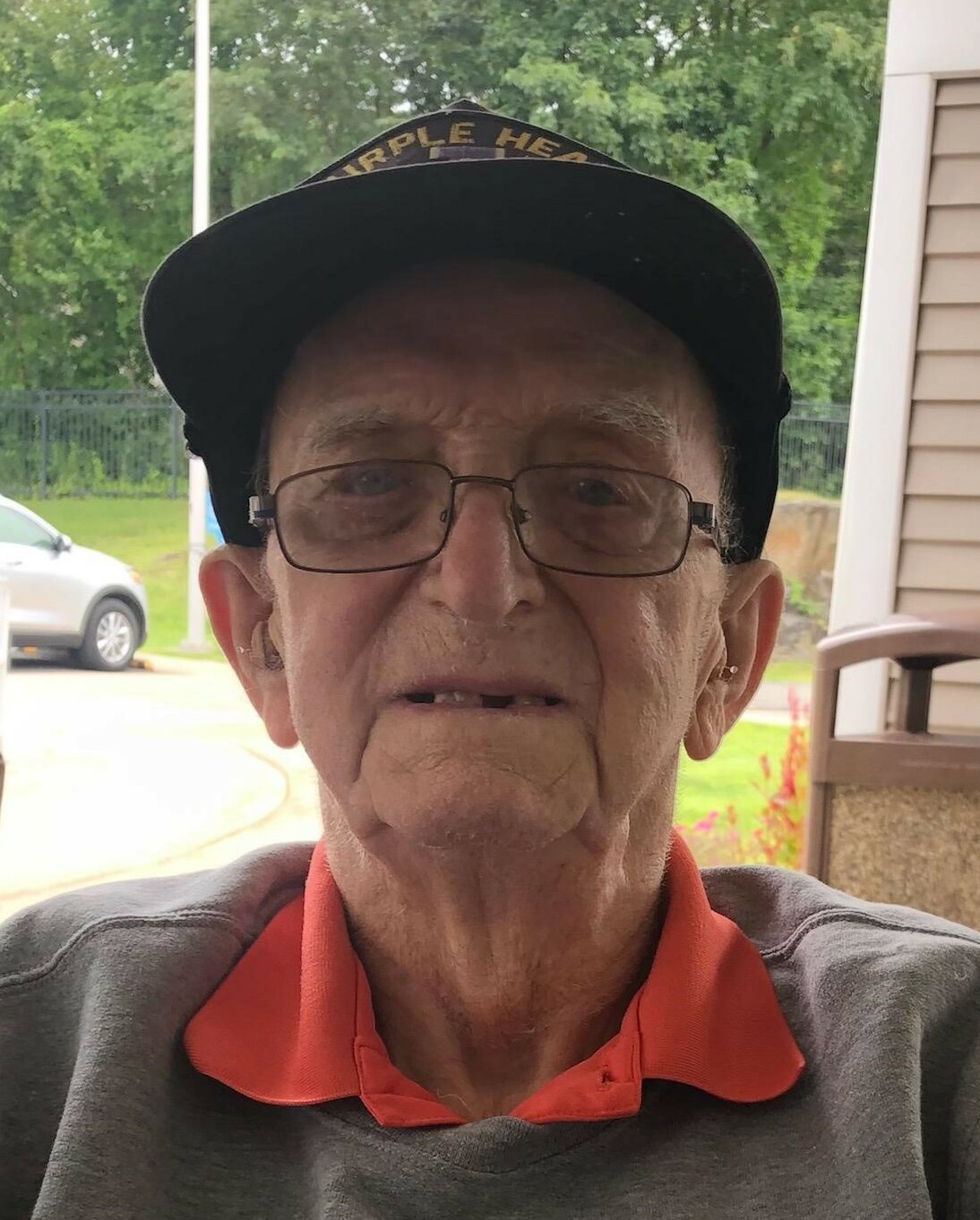 John Joseph Siebert, 96, previously of Delhi, NY passed away peacefully with family by his side on September 29, 2021. John was born on August 13, 1925 in New York City to Augustus and Matilda (Meier) Siebert.

At the young age of 17, John answered the call and joined the US Navy, serving during World War II aboard the USS Macomb, “The Mighty Mac”, serving in both the Atlantic and Pacific theaters. While in the Pacific, John survived a kamikaze attack while aboard the Macomb in the twilight hours of May 3, 1945. The attack caused extensive damage to the ship and killed seven. After battle repairs, the Macomb was one of the first ships to enter Tokyo Bay as a mine sweeper, clearing the way for the USS Missouri on which the Japanese signed the formal surrender.  John, known as “Half-hitch” to his shipmates, was a Purple Heart recipient with 4 Battle Stars.

John married Estelle Hassell on August 16, 1946. During their time raising their family in Moonachie, NJ, they had an active social life and enjoyed bowling and ballroom dancing. In fact, they were asked to teach at Arthur Murray Dance Studios. John worked for Hudson County News as a truck mechanic and supervisor. He was a proud member of VFW Post #809 in Little Ferry, NJ. He served as Commander of the post from 1971-72.

After retirement, John and Estelle relocated to Delhi, NY and enjoyed watching their family grow. Retirement offered him more time on the golf course with friends and family. John was an avid golfer and loved to spend his days playing at The College Golf Course at Delhi. In addition to playing, John worked part-time at the course for many years. “Little John”, as his golf mates called him, was well loved and respected.  Teaching his grandchildren and great grandchildren how to play the sport he loved brought him much joy.

John was predeceased by his wife Estelle; his parents; his brothers Andrew, Charles, and August.

Family and friends are invited to calling hours to be held on Saturday, October 9, 2021 from 3:00 pm to 6:00 pm at MacArthur Funeral Home, 134 Main Street, Delhi, NY. A celebration of life reception will follow at the American Legion, 41 Page Avenue, Delhi, NY.

The family requests masks be worn to show respect and protect those who are not eligible for vaccination due to health issues or age.

To see a recording of the burial service and military honors for John and Estelle please follow the link below.

In lieu of flowers, contributions in John’s memory may be made to a veteran’s charity of your choice.