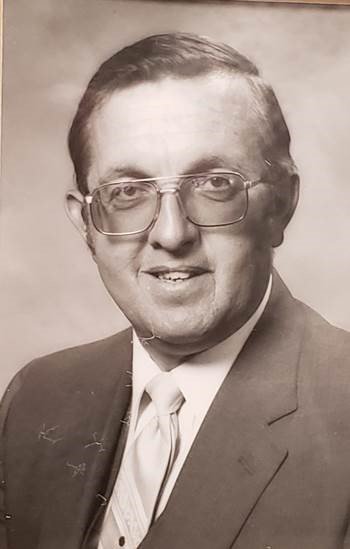 Obituary of Harry A. Peterson

Harry A. Peterson, 80 of the Town of Harpersfield passed away suddenly on April 15, 2021 at Vasser Brothers Hospital in Poughkeepsie, NY

Harry was born in North Harpersfield, NY on March 31,1941 to Olaf A. Peterson and Marguerite Bedford Peterson.

Harry was a 1959 graduate of Jefferson Central School. Harry started his working career at age 11, driving tractor for a neighboring farmer. He went on to own and operate the home dairy farm and in the early 1970’s purchased a larger farm further down the valley.  He owned and operated Peterson’s Sawmill for over forty years.  he took pride in providing a quality product for a fair price.  He and a friend were out looking at sawmill equipment the day he passed.  He was doing something he loved.

He was proud of his sixteen years as highway superintendent, he and his crew built and upgraded many roads during his tenure.  They worked hard and the end product was some of the best roads around.

Harry enjoyed traveling. New Orleans was a favorite, he and Linda enjoyed the food, the people, the music and the atmosphere.  His daughter has great memories of travels with the Hawaii trip being a favorite.

He has been described as a public servant, pillar of the community, kind, a gentleman, dependable, always with a smile and a warm greeting, honest, always willing to listen and offer advice if asked, a thoughtful neighbor who would readily lend a hand when asked or just show up and dig someone out with his front end loader after a heavy snowstorm.  Always learning, he had a wealth of knowledge that he willingly shared.  He would tell you if something wouldn’t work, they explain why not and offer a solution.

To his family he was Dad, big brother, Uncle Harry, Uncle HA, Unc, cousin.  The person who could ground us and tell us when something was a life lesson and to learn from it and move on.  He taught us the value of working hard and being honest. He was our rock, guided us, encouraged us.  He loved us and we loved him.

To his friends he was someone to discuss anything with, he enjoyed lengthy visits with many, in person or on the phone. A trip to the barber shop could take hours, best social gathering place around.

After his wife passed in 2004 I (Jane) asked him to check in nightly.  He called me the warden and laughed.  He was often out late with meetings, deliveries or hauling hay.  Every evening around 7 he would call Larry to check on him and then call me  to tell me little brother was in the right house and ok.  He would update me on both their days.  His nightly calls are missed but we carry on the tradition because that is what Harry would have wanted.  It would make him smile and proud.

Harry considered himself a connoisseur of peanut butter.  Starting from childhood a day was not complete without a few spoonfuls from the jar.

As per Harry’s wishes there will be no visitation or service.  He will be cremated and his ashes interred in East Jefferson Cemetery next to his late wife, Linda.  Together again.

Donations in Harry’s memory may be made to East Jefferson Cemetery and mailed to c/o Peterson, 2070 Harper Road, Jefferson, NY 12093

Harry will live on in our memories, forever loved, forever missed.

Rest easy, you taught us well….we got this