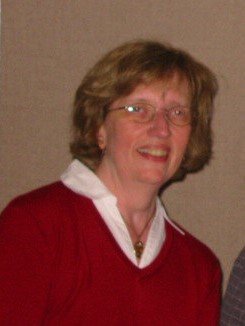 Judith (Judy) Ann Rabeler Chambers died peacefully on April 12, 2021 surrounded by her family.  Born on February 14, 1949 in Delhi, NY to Henry and Doris (Thomson) Rabeler. Judy grew up on the family dairy farm in Bovina, NY which has been in her family since the mid-1880s.  She graduated from South Kortright Central School in 1967 and was a 1969 graduate of Concordia College, Bronxville, NY.  On August 8, 1970 Judy married her husband, Wayne S. Chambers, in Delhi, NY. After graduating from Orange County Community College in 1973 she began her nursing career at Good Samaritan Hospital, Suffern, NY. The family relocated to the Oneonta area in 1985 to be closer to family as their children grew.  Her 30 year career as an RN at A.O. Fox Hospital in Oneonta was mainly spent on 1 North where Judy retired appreciated by her patients and highly respected and admired by her 1 North peers, who most recently provided her loving care during her final days.

Judy will be remembered for the loving attentive care of her family especially by providing plenty of home-made family recipe cookies at Christmas and her dedication to her nursing career which she reflected upon on as her calling.

She was predeceased by her parents; brother-in-law, Keith Chambers; and several aunts and uncles.

Services will be held and announced at a later date.

Please visit www.macarthurfh.com to share a condolence with the Chambers Family.