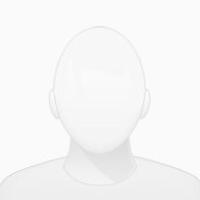 WEST DAVENPORT — Carrie Ingram, 78, of West Davenport, passed away on Aug. 4, 2013, at Chestnut Park Nursing and Rehabilitation Center with her family by her side. She was born on June 16, 1935, in Andes, to Gregg and Irene Little. In 1955, at age 19, she married Bruce Ingram. Later in her life, she became companions with Richard Johnson. Carrie lived in this area for over 20 years and worked at Eckerd's Drug Store as a cashier in the pharmacy. She was her happiest when she was baking or making jams and jellies. She took great pride in giving away her finished products to her family and friends. She is survived by two sisters, Doris and husband Doug Stevens and Beatrice and husband Joseph Davis; and a brother, Robert and wife Jean Little; her seven children, Kathy and husband Michael Knauf, James and wife Mary Ingram, David and wife Vicky Ingram, Pam Yevoli, Misty and husband Chris Quigley, Wade and wife Jennifer Johnson and Elwin and fiancee April Hillier; many, many grandchildren; and several close friends. Calling hours will be 9 to 11 a.m. Aug. 16, 2013, at MacArthur Funeral Home, Delhi, with graveside services in Andes Cemetery at 1 p.m. Those who wish to share condolences or a special memory may do so online at www.macarthurfh.com. Arrangements are with the MacArthur Funeral Home, Delhi.