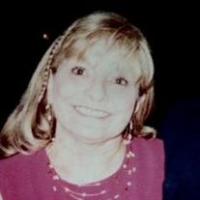 Linda Lee Kauffman (Skinner) of East Branch, died peacefully at O'Connor Hospital early Sunday morning, February, 15 2015 in Delhi, with her family at her bedside. Linda was born on August 22,1942 in Walton, to Edgar and Lorna Skinner. She graduated from Hancock Central School in 1959. She married William Kauffman, in 1961. After graduating from high school she started to work in retail. She then raised her three children. After raising her children she opened K and K Sportswear in Hancock. She sold the business and started a career in real estate. She continued in the real estate field until retirement. She was a generous and witty individual who loved fashion and who was passionate about her family. She was an active and dedicated member of the East Branch Methodist Church. She had a passion for Bingo and loved dining out with friends and family. Linda is survived by her father Edgar (Regina) Skinner of Hancock, NY; husband, William Kauffman Sr.; children: William (Christine) Kauffman Jr of East Branch, Christie (Brian) LaTourette of Downsville, Shawn (Dan Endress) Kauffman of DeLancey; Siblings: Eddie (Clare) Skinner; Grandchildren: Jeremy Keesler, Allyson (Paul) Ryan, Ashlie (Kody MacDonald) Keesler, David Kauffman, Dustin (Veronica Wainman) Keesler, Leigha LaTourette, Brooke LaTourette. Great Grandchildren: Kiarah Ingram, Liam Ryan, Kiyah MacDonald, Leah Ryan. She was preceded in death by her mother Lorna Skinner and her sister Judith Smith. Calling hours will be held at Henderson-Biedekapp Funeral Chapel, 29 East Main Street, Hancock on Tuesday from 2-4PM and then 6-8PM. A funeral service will be held on Wednesday at 11 am at Henderson-Biedekapp Funeral Chapel. Anyone wishing to make a donation in her memory can do so to East Branch United Methodist Church.