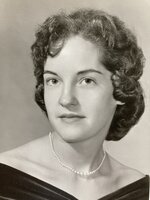 Karen Selma Martin Davis, 82, of East Meredith (Catskill Turnpike) passed away peacefully at home on October 28, 2022 after an extended illness.

Karen was born September 11, 1940 at home in Kortright Center. She was the daughter of Charles C. and Lottie (Burdick) Martin.

She was employed by Lin Coach and Earl Roberts Insurance Agency as a secretary. After all her children were enrolled in school she began driving bus for South Kortright. She drove for 47 years doing regular runs, sports runs, BOCES runs, CROP runs, and for many years was the only driver allowed to make New York City runs. She worked evenings at the West Davenport Quickway. During summers she drove for Oneonta Public Transport and Cooperstown Trolley. As a farmer’s wife she spent many hours on tractors and in the milking parlor. She also hauled brewers grain from Sanitary Springs for the farm between bus runs. For many years Karen made and expertly decorated tiered wedding and anniversary cakes and themed birthday cakes. They were as professional as you could find anywhere. And each one was unique. She loved spending time with her grandchildren and great grandchildren, going on kubota rides with Jess, watching grandchildren and great grandchildren play peewee sports, modified and high school sports and Women’s College Basketball at SUNY Cobleskill. She enjoyed gardening, crocheting, knitting, cooking, canning, and ensuring that no matter where they were working, farmhands had hot and hearty lunches which might include her famous macaroni and cheese and Martin Cinnamon buns.

She was predeceased by her parents, her husband, her daughter Mary Beth Venth, three brothers (John, Lloyd, Emmett) and one sister Nancy Turk.

There will be no funeral services at Karen’s request. A celebration of life will be held at the East Meredith Fire Hall at 1:00 PM Saturday November 5, 2022. All are welcome.

Please visit www.macarthurfh.com to share a condolence with Karen's family.