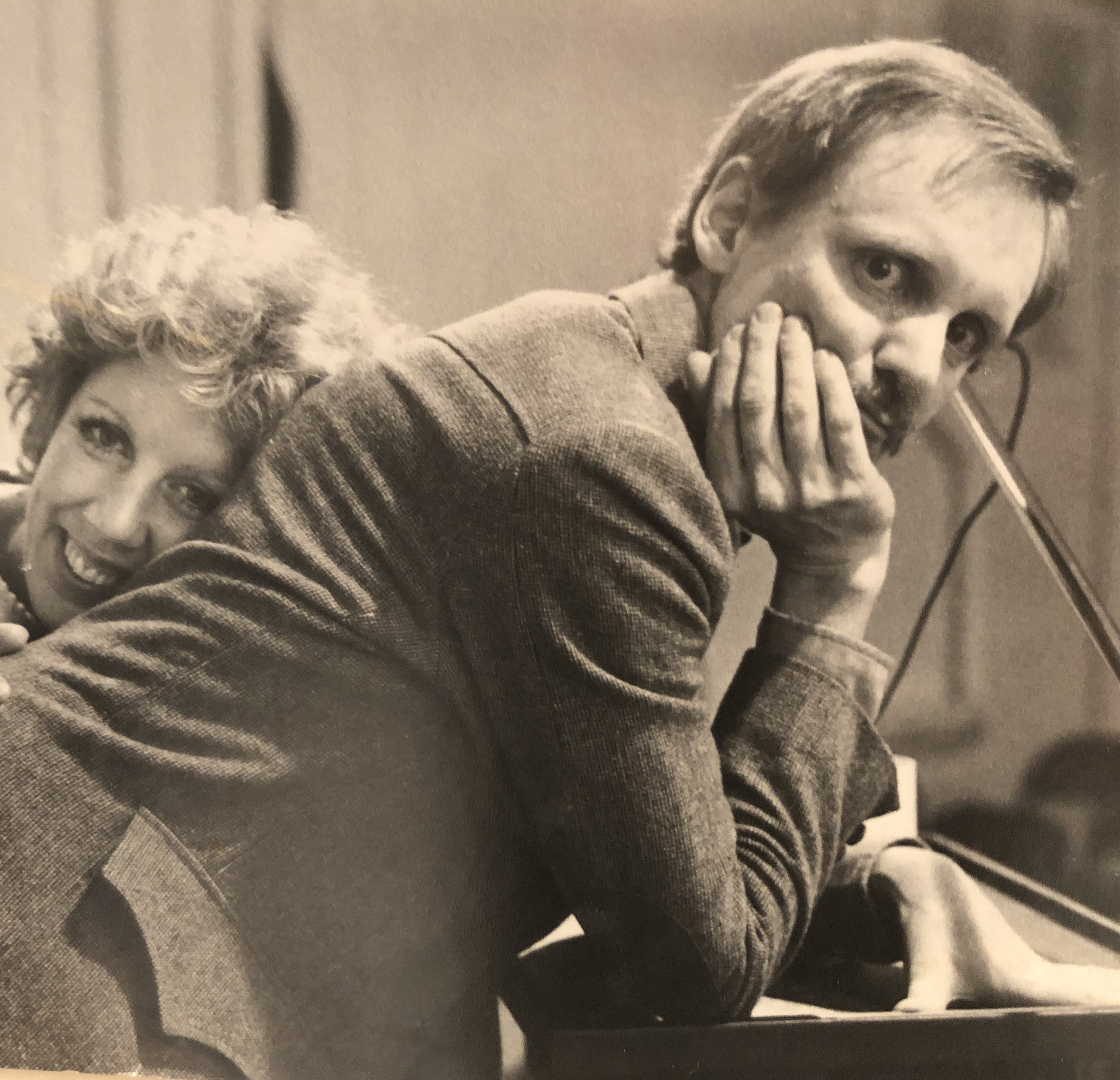 Peter Schjeldahl, a critic whose elegant reviews in The New Yorker and, before that, The Village Voice, made him an indispensable guide to contemporary art, died on Friday at his home in Bovina, N.Y. He was 80.

His wife, Brooke Alderson, confirmed his death. Mr. Schjeldahl was diagnosed with terminal lung cancer in August 2019 and had undergone unexpectedly successful immunotherapy but never recovered entirely, she said.

Few critics could match Mr. Schjeldahl (pronounced SHELL-doll) for his intimate knowledge of New York’s art world, which he wrote about with undiminished enthusiasm for more than half a century. Even fewer could rival him for sheer eloquence. A poet by vocation in his earlier years, he brought an exquisite word sense to his polished essays, which managed to translate visual subtleties into lapidary prose.

With a deft flick, he wrote of Ingres’s “glassy, scintillating precision”; of Caspar David Friedrich’s “twilight that sears”; and of the “adagio loops and wristy flares” in Willem de Kooning’s later paintings. He had a gift for the neat aperçu. “Dadaism was an ancestral vein of cool,” he once wrote in The New Yorker. “Those who wondered what it meant could never know.”

Mr. Schjeldahl had no theoretical program to advance, no overarching interpretation of art history and, in fact, no real urge to pass judgment. “In a way, the advancement of opinions is the least interesting thing about criticism for me,” he told the online journal Blackbird in 2004, “but it’s one of the essentials to launch you into a situation, into a conversation.” He called himself “just another art lover with more time and leisure.”

He was first and foremost a visual pleasure seeker, on the prowl for new thrills, and a diligent chronicler of the shifting trends in New York’s art scene. In The New York Review of Books in 2009, Sanford Schwartz called him “our best — our most perspicacious and wittiest — art critic.”

His penchant for unstinting, sometimes effusive praise made him seem at times more fan than critic. Roger Kimball, the editor of The New Criterion, dismissed him as “a barometer of chic taste,” while conceding that he was often “witty and not infrequently astringently perceptive.”

When roused, Mr. Schjeldahl could let fly with a well-aimed zinger. The Pompidou Center in Paris, he once wrote, “feels like a convention center on the verge of a nervous breakdown.” He ridiculed the proliferation of “masterpiece” museum exhibitions with the imagined “Masterpieces of Mesoantarctic Lint.”

He usually managed to find his way to appreciation, against sometimes daunting odds.

“My first glance at the show told me it was junk,” he wrote in The Village Voice in 1991, reviewing a show of thrift-store paintings. “With my second glance, I was in heaven.” He had kind words for Norman Rockwell and Victorian paintings of fairies.

“I have no patience for bitterness of any kind,” he told Interview magazine in 2014. “Even to be involved with art is to inhabit such a level of privilege in life.”

Peter Charles Schjeldahl was born on March 20, 1942, in Fargo, N.D., and grew up in small towns in North Dakota and Minnesota. His father, Gilmore, known familiarly as Shelly, was an inventor and entrepreneur whose company manufactured machines for making plastic bags and later produced NASA’s first communications satellite, Echo I. Peter’s mother, Charlene (Hanson) Schjeldahl, worked as her husband’s office manager.

Peter attended Carleton College in Northfield, Minn., but dropped out after his sophomore year. He found work at The Jersey Journal in Jersey City, N.J., spending his off hours immersed in the artistic world of Manhattan’s Lower East Side and attending Kenneth Koch’s poetry workshop at the New School. After returning to Carleton, he and a classmate founded Mother, a journal showcasing the poetry of the New York School, of which he now counted as a junior member.

He went on to publish several volumes of poetry. “Since 1964: New and Selected Poems,” a collection drawn from several volumes of his verse, was published in 1978. Soon after, he told Interview magazine, “the art criticism ate the poetry.” But poetry, he wrote in the introduction to “Let’s See: Writings on Art from The New Yorker” (2008), had instilled in him the habit of “tracking truth by ear, stalking surprise, not knowing what I have to say until I’ve said it.”

Mr. Schjeldahl left Carleton in 1964 without taking a degree and headed off to Paris, where he discovered a passion for art, particularly painting. After returning to New York a year later, on an impulse he called Thomas B. Hess, the editor of Art News, and wangled a job as a reviewer, despite having no visible credentials. “Most of what I know in a scholarly way about art I learned on deadlines,” he later wrote, “to sound as if I knew what I was talking about — as, little by little, I did.”

He began writing regularly for Art News and, beginning in 1967, for The New York Times, where he occasionally ventured into film and television criticism before walking away from art writing in the mid-1970s. It was a brief interlude.

“I went back when I found there was nothing else I did very well that they pay you for,” he told The Brooklyn Rail in 2015.

A frequent contributor to Art in America, he became the art critic for the New York weekly “7 Days” in 1988. After the newspaper ceased publication two years later, he began writing reviews for The Village Voice, where he had briefly been a reviewer in the mid-1960s. He was named art critic of The New Yorker in 1998, and there found himself writing about the art of the past as often as such up-and-comers as the painters John Currin and Lisa Yuskavage.

The change of gears did not faze him. “I define contemporary art as every work of art that exists at the present moment — 5,000 years or five minutes old,” he told The Brooklyn Rail. “We look with contemporary eyes. What other eyes are there?”

“Even to be involved with art,” Mr. Schjeldahl once said, “is to inhabit such a level of privilege in life.”Credit...Neilson Barnard/Getty Images

Mr. Schjeldahl had a home in Manhattan’s East Village as well as in Bovina, in Delaware County, where he and his wife, Ms. Alderson, a former actress, bought a house on several acres in the early 1970s. For 25 years it was the site of a famous potluck Fourth of July party, with a lavish fireworks display, that attracted hundreds of local residents and a star-studded list of artists, writers and actors. It became too popular for its own good, and Mr. Schjeldahl reluctantly rang down the curtain on it in 2016.

In addition to his wife, he is survived by their daughter, Ada Calhoun, an author who has written a memoir, “Also a Poet: Frank O’Hara, My Father, and Me,” published in June; a brother, Don; three sisters, Ann Morris, Peggy Schjeldahl and Mary Schjeldahl; and a grandson.

Mr. Schjeldahl wrote numerous catalog essays for galleries and museums but never a full-length book. He was, he told The Toronto Globe and Mail in 2014, a “miniaturist.” Many of his reviews and essays were collected in “Hot, Cold, Heavy, Light: 100 Art Writings, 1988-2018,” published in June 2019, and “The Hydrogen Jukebox,” a collection of his writings from 1978 to 1990.

After learning that he had lung cancer, he wrote a good-humored self-elegy in The New Yorker in December 2019, under the headline “The Art of Dying.”

“I always said that when my time came I’d want to go fast,” he wrote. “But where’s the fun in that?”

A celebration of Peter’s life is being planned and will be announced.

Please visit www.macarthrufh.com to share a condolence with Peter’s family.