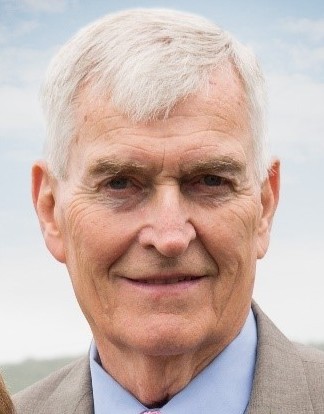 Harold Haugeto, 79, of Andes, NY passed away peacefully on Pentecost Sunday in the presence of his immediate family after a battle with pancreatic cancer. Harold is survived by his wife of 55 years, Margaretmary (Carmody), daughter Kari-Astrid and her children Aren, Iden, and Erysse, son Harold (wife Amber) and their sons David and William, and daughter Kaia Canales (husband Peter) and their sons Simon and Kyle.

Harold was born in Staten Island, NY on March 12, 1941 and experienced an exciting childhood that took him across the United States and Atlantic Ocean to Norway and Belgium as his father Kjetil built oil refineries. He was very close with his mother Astrid and brothers Tore and Robert, in addition to his extended Norwegian family. Harold graduated from Curtis High School in Staten Island, and met his wife and lifelong partner Margaretmary Carmody prior to graduating from Wagner College. They married in June 1965, making their home in Staten Island before moving with their three children to Suffern, NY in 1981. Harold was very involved in his children’s upbringing - there wasn’t a sports game, play, graduation, or other significant milestone event that he missed – and he extended similar effort to attend all extended family reunions, events, and gatherings.

Harold’s faith was very strong and he supported the Lutheran and Presbyterian churches where he lived. The Christian communities of Faith were mutually enhanced with his involvement and activity.

After retiring from the Rockland County government as a data processing analyst, Harold and Margie moved to Andes, NY, where they built their dream home on property they had since they were married. Harold quickly became involved in many of the local organizations, including the Andes Society for History and Culture, the Tremperskill Rod & Gun Club, the Andes Fire Auxiliary, and the Andes Presbyterian Church, and he and Margie were especially grateful to be involved in this special community. Harold also remained very active by landscaping the property around the house and harvesting gallons of Maple syrup when in season.

The unconditional love, unbridled optimism and servant leadership that Harold lived will be sorely missed by all that knew him. Over the course of his treatment there were countless appointments, tests and visits by caring, competent, and compassionate medical staff, and the entire Haugeto family would like to thank everyone for their compassion and care for our husband and father.